3 Years Later, Jay Ajayi Is Finally Getting Compensated For A $5 Million Insurance Policy Regarding His 2018 ACL Injury 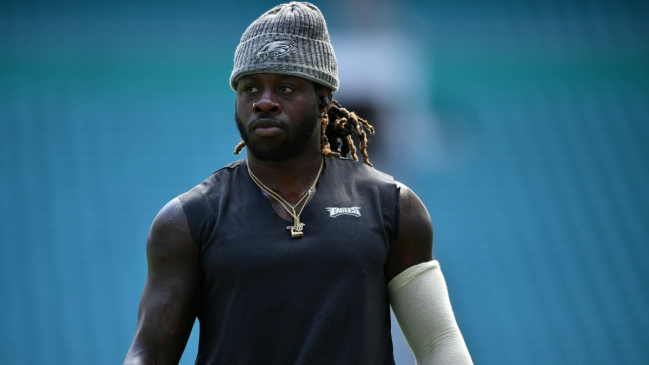 Former Dolphins and Eagles running back Jay Ajayi is finally getting a payout on the insurance policy he filed in 2018. After years of fighting with the insurance company, it seems he’s reached a settlement.

Ajayi was selected in the fifth round of the 2015 NFL Draft by the Dolphins following a career at Boise State. He landed a Pro Bowl honor in year two after rushing for 1,272 yards and eight scores. The following season, he was traded to the Eagles, where he helped the team win a Super Bowl.

Unfortunately, his NFL career would soon take a turn.

In the 2018 season, Ajayi suffered an ACL injury that forced him to miss the majority of the year. This was in the final year of his rookie deal. Luckily, Ajayi had filed for an insurance policy that paid out should he have a major injury alter his career.

Or so he thought.

The company seemed to fight the claim that his value was lost due to the injury. But there’s no doubt that it was.

Ajayi played just three more NFL games before retiring in 2019. His injury history was largely part of the reason he wasn’t able to continue rushing the football.

On Tuesday, though, it was reported that he’d finally settled.

Ian Rapoport reports that “after years of discussion and fighting,” Ajayi has received his pay.

After years of discussions and fighting, former NFL RB Jay Ajayi received a settlement for his $5M loss-of-value insurance policy, his business manager Joshua Sanchez confirmed. Ajayi played just 3 more games after tearing his ACL in 2018. Finally, he got the payoff for it.

Though the term “settlement” likely means he didn’t receive the full $5 million, at least he’s finally getting compensated for his career getting cut short.

There’s no telling what kind of player Ajayi would’ve developed into had it not been for the ACL tear. It is worth noting, though, that he’d run for over 2,100 yards in the two seasons prior to his injury.

While Ajayi might still be wondering “what if” in regard to his playing career, at least this settlement should ease the pain of having his playing days end prematurely.