Jay Bilas Thinks The ACC Should Be Asking The SEC About Merging The 2 Conferences Together, Which Would Make A Lot Of Sense 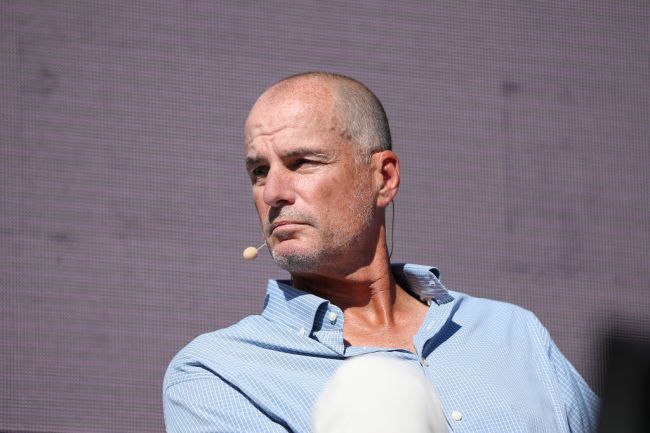 The college football we’ve known for forever is dead. With athletes now able to make money off of their name, image, and likeness, the sport has been changed forever, and by no means am I saying that’s a bad thing.

You add to the equation that Texas and Oklahoma are reportedly moving to the SEC to form a super conference and you’ve got a new-look college football shifting at a rapid pace. The SEC, already the most powerful conference in college athletics, is getting stronger and wealthier and if other conferences and athletic programs are smart, they’ll try everything in their powers to get in while they can.

This is exactly what college basketball analyst Jay Bilas explained on SportsCenter on Monday in referring to the ACC. Bilas said that if he were ACC Commissioner Jim Phillips then he would approach the SEC about a potential merger.

If I were the ACC right now, I’d approach the SEC and consider a merger. pic.twitter.com/WKTq3CWsO9

Bilas’ comments about the SEC becoming a “junior NFL” and “junior NBA” are facts. That is exactly what the SEC is going to become. The conference will continue to have the most money and it will have the majority of the top football and basketball programs in the country. Every top college athlete is going to want to play in the SEC, and now even more kids from Oklahoma and Texas with their addition to the conference.

The new-look SEC will most likely kill conferences. This change was already going to happen in the very near future, but with the Sooners and Longhorns making this move, conferences are officially dead sooner rather than later.

If the SEC and ACC joined forces, we’d be looking at a 30-team conference. You also have to imagine that if this move were to happen, Notre Dame would have to get in on the action as well, which leaves us at 31 teams.

A 31-team conference would essentially turn into a league of its own, another move that’s been on the horizon for quite some time.

The question here is whether or not the SEC would be on board with the entire ACC coming over. The prospect of adding the likes of Clemson, Florida State, and Miami are no-brainers if this mega-conference is really what the SEC is after, but the basement dwellers of the ACC don’t compare to the ‘lesser’ teams in the SEC. Things could get top-heavy, but from a national perspective, things already are top-heavy when it comes to college football.

The drama that would unfold from a college hoops perspective if a merger happened would be incredible to follow. It quite literally would be a junior NBA as Bilas pointed out.