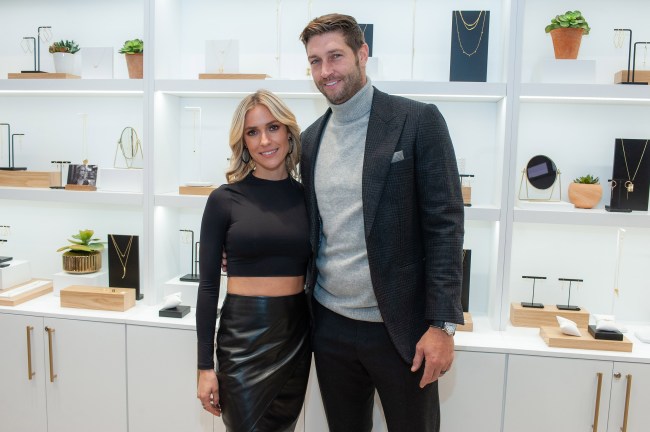 Kristin Cavallari and Jay Cutler couldn’t make it through the quarantine together.

On Sunday afternoon, Cavallari took to Instagram on Sunday morning to share the sad news that she and Jay Cutler have decided to divorce.

With great sadness, after 10 years together we have come to a loving conclusion to get a divorce. We have nothing but love and respect for one another and are deeply grateful for the years shared, memories made, and the children we are so proud of. This is just the situation of two people growing apart. We ask everyone to respect our privacy as we navigate this difficult time within our family.

Just a few months ago, Cavallari revealed she had a falling out with her best friend Kelly Henderson due to rumors that Henderson was having an affair with Cutler.

“A big part of the reason why Kristin and Kelly had a falling out in the first place is because of Kelly’s rumored affair with Kristin’s husband, Jay Cutler, and the way Kelly handled it. “When season 2 was airing, there was a lot of talk on social media about Jay and Kelly having an affair,” Kristin explained. “Not for one second have I ever thought that it was true. It wasn’t the actual accusations of them having an affair that made me upset, it was how Kelly went about it.”

And to make matters worse, Kristin said that Kelly “kept talking about Jay on social media,” which was “adding fuel to the fire.” But even then, Kristin was still eager to try and work things out with Kelly because they have been friends for almost eight years.”

Cutler and Cavallari were recently stuck in the Bahamas for nearly a month during the pandemic prior to announcing the divorce.

Gotta keep an eye on the hairdresser moving forward too. pic.twitter.com/Wa71NZsB3A

Smokin Jay Cutler spent 3 weeks in the Bahamas because of Corona, came back, and just announced he's getting divorced on Instagram. Next season of Very Cavallari gonna be something else.