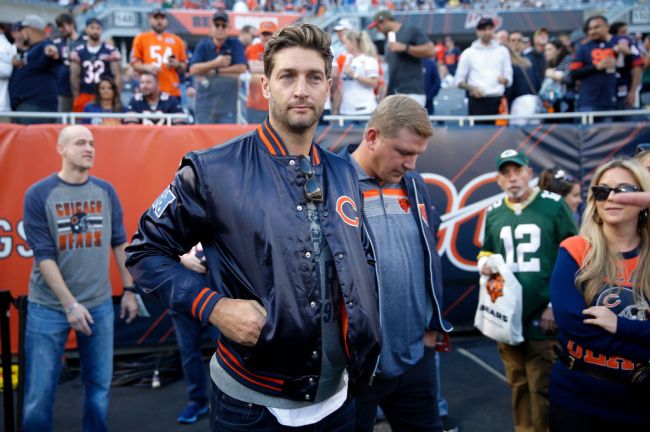 Jay Cutler has recently rejoined Twitter but his outspoken views have apparently already irked one of his sponsors.

On August 9th, Cutler announced that he was joining Twitter because he felt that he was going to get suspended soon on Instagram.

Going to get back on Twitter. It’s been a long time. Pretty sure Instagram is about to kick me off so I need a backup plan. Let’s do this

My sources have confirmed that this is in fact the real Jay Cutler (sources being Cutty himself). Welcome back 6. https://t.co/tSyDe9iIZq

Immediately after joining Twitter, Cutler was critical of the local school board in Williamson County, Tennessee for passing mask mandates in schools.

Not this parent. Really hope I’m not put in the corner by Twitter in my first 24 hrs. pic.twitter.com/YgDMJixM5z

Let’s be clear. No one wants to go to a school board meeting. So this speaks volumes. https://t.co/MzeLKhdWor

Cutler went on to tease that he was considering running for a spot on his local school board.

How do you run for school board ? I need this info.

Doing school board research. Looks like a 2024 campaign for me. pic.twitter.com/dNg7tmaZcp

The retired QB says he lost an NFL sponsorship deal with Uber Eats because of his tweets.

Lost a commercial with Uber eats partnering with the NFL. Was going to film in LA, "views aren't aligned." Guess they don't like future School board members. Frees up my weekend.

Update: Uber released a statement about dropping Cutler due to his Anti-Vaxx stance.

“We are proud of all the work Uber has done over the last year to help get as many people vaccinated as possible. As such, we prefer to partner with those who support that work”