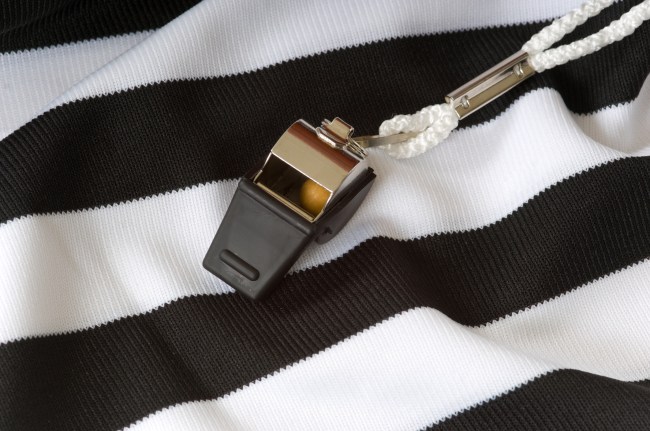 Jay Glazer loves the troops. Go take a glance at his Wikipedia page and you’ll see a photograph of him sitting in camouflage jacket as a guest at Bagram Airfield back in 2009. He co-founded the Merging Vets & Players organization whose goal is to matchup combat vets with former pro athletes so they can tackle the transition away from the uniform together.

Jay Glazer‘s deep love for the troops might have clouded his vision for the NFL, or he might actually believe this nonsense, or it’s possible he’s writing this just to get a rise out of people.

In a recent mailbag column on The Athletic, Jay Glazer laid out his case for why he thinks NFL referees should be replaced by military special forces. It’s obvious that there’s a problem with officiating in the NFL after the no-call in New Orleans that potentially cost them a spot in the Super Bowl, but this take from Jay Glazer is nothing short of outlandish.

Here is MY solution to the officiating problem, as off the wall and out of left field as it sounds, I truly believe in the craziness that I’m about to give you. Here’s the solution: change out the officiating department and hire all new officials, all combat veterans special operation backgrounds. Go hire a bunch of Navy SEALs, Marine Recon, Delta Force, those guys.

Think about it. They’ll be in the shape to be in better position. They literally can react faster than the rest of the world, even when bullets are flying. They can react quicker than anyone else when something happens on that field.

Also, coaches will be a little less inclined to rip into them out on the sidelines. It’s harder to go yell at a Navy SEAL if coaches are upset about a call. Again, their reaction time is better than everyone else’s. (via)

I think what Jay Glazer is actually campaigning for here is to hire Jean-Claude Van Damme from Cyborg, or JCVD and Dolph Lundgren in Universal Soldier. As Dan Gartland on Extra Mustard points out, ‘there’s a reason most NFL officials are lawyers during the week.’

The NFL rulebook is ridiculously complex. Becoming an NFL referee takes just as much training and preparation as any other highly-skilled labor-intensive job on the planet if not more. It’s not like you could just slot someone into the job because they’re in great shape. If that was the case, then why not just hire recently-retired former NFL players who are still in great shape? They at least have some familiarity with the rulebook already.

This is a terrible take from Jay Glazer but I suspect he knows this already and was doing this to drive traffic to The Athletic‘s paywall. You can read his full mailbag column here.