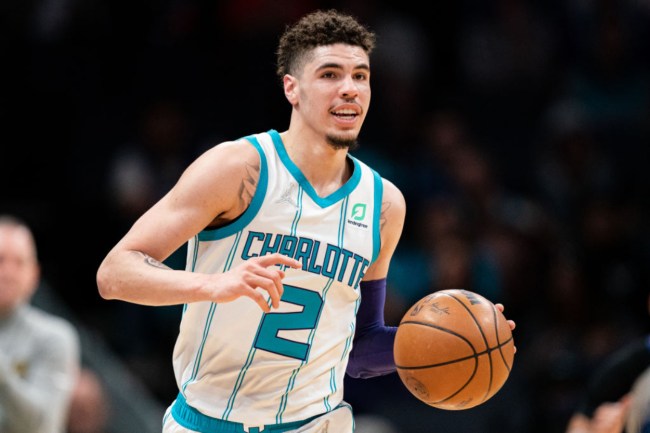 LaMelo Ball took a big leap in what was his sophomore campaign in the NBA this season. Not only did his numbers improve, he helped lead the Charlotte Hornets to a play-in tournament spot.

The future seems brighter than it has in quite some time in Charlotte with Ball leading the way, but that hasn’t kept people from speculating where Ball could take his talents in the future.

Ball’s current contract has him with the Hornets thru the 2024-25 campaign, but as we know, big-time moves are made in the NBA each and every year.

Jay Williams has one team in mind that he believes Ball is destined to play for, and they wear purple and gold.

“When I look at LaMelo Ball, I see nothing but purple and gold,” Williams said on Friday’s edition of ‘First Take.’ “It’s written over the way he dresses, the style in which he pulls up to games.

“It relates to his whole social media image, where he’s from, and his dad had so much to do with how things are orchestrated, even with Lonzo getting there the first time.”

Williams isn’t the first one to think Ball would be a fit in the Lakers’ culture. He certainly fits the mold with his flashy style both on and off the court, as Williams mentioned.

You add to the fact that we’ve already seen one Ball brother suit up for the Lakers plus the presence of their larger-than-life dad LaVar Ball, it wouldn’t be a shock to see the Ball family back in L.A.