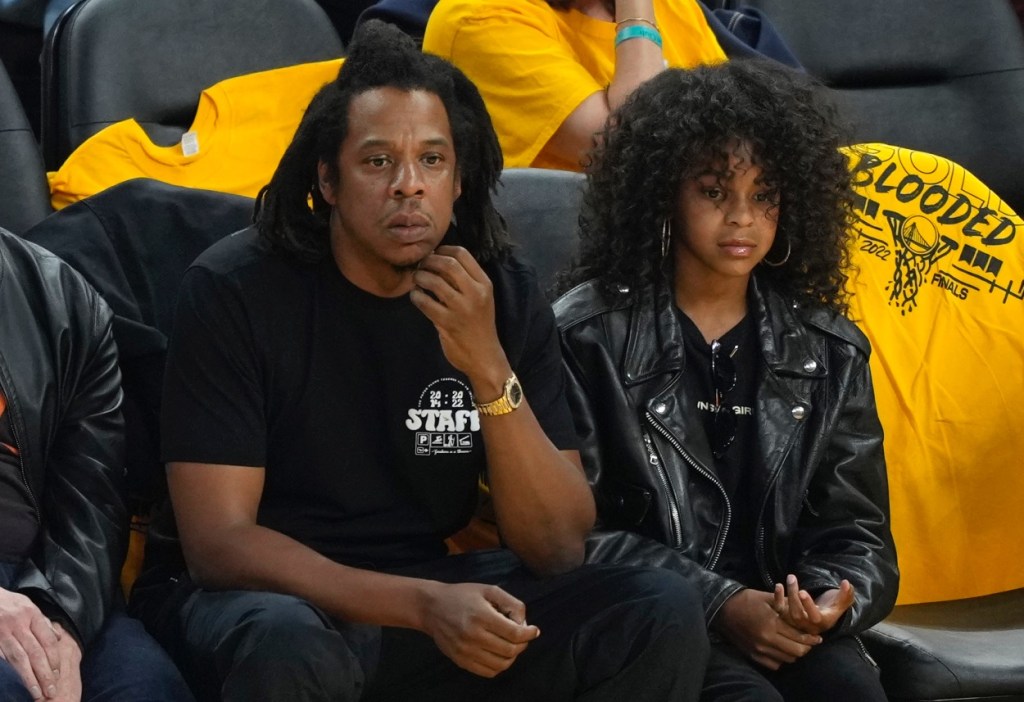 During Monday night’s game 5 of the NBA Finals, media mogul and billionaire Jay-Z sat courtside with his 10-year-old daughter Blue Ivy. At one point during the broadcast, the camera showed Jay-Z putting his arm around Blue Ivy and she brushed him off as an embarrassing dad mouthing the words “dad, my hair.”

Jay-Z then immediately became a relatable middle-aged dad (he’s 52 years old) and the jokes were flying on Twitter. It’s a fact of life that kids hit a certain age and suddenly become embarrassed by their parents. Normally this happens in the dropoff line at school or when taking kids to the movie theater, not on camera at Game 5 of the NBA Finals sitting courtside with one of the most famous rappers of all time.

Jay-Z is in the crowd with his daughter Blue Ivy 🙌 pic.twitter.com/aP6VIhuazM

I’ve got a toddler and I’m dreading the day he’s embarrassed by me because he currently (and mistakenly) thinks I’m the coolest guy on the planet. And if Jay-Z isn’t cool in the eyes of Blue Ivy then I’ve got not hope.

What are the fans saying about this Jay-Z moment at the NBA Finals?

To us: Jay Z, the all time rap legend
To Blue Ivy: embarrassing dad pic.twitter.com/yOsIpBUVyz

I thought Blue Ivy was like 4-years-old, if we’re being perfectly honest.

A mogul in the making.

Yup, same girl who once brushed off her mother Beyonce on camera…

I think Blue Ivy has room to improve but if you think she's that good.

Boom, roasted. Sorry Celtics fans, but this series seems over.

I was eating at a restaurant when the waiter came and asked me do you want anything else, I said ‘I am Jayson Tatum.’ After that the waiter knew I was finished and gave me the bill. I paid and left

See it doesn’t matter you could be super rich & famous & your kids will feel embarrassed if you try to hug them in front of others.

It’s almost impossible to compare the childhood experiences of Jay-Z and his daughter Blue Ivy who is a spitting image of her mother Beyonce. He was raised by a single mother in the Marcy Houses, a housing project in Brooklyn, and sold drugs at an early age.

Meanwhile, Blue Ivy is being raised by billionaires who are both very present in her life and she’s likely on her way to becoming a global superstar herself. She’s also sitting courtside at a Celtics-Warriors NBA Finals game with her dad who is a part-owner of the Brooklyn Nets.