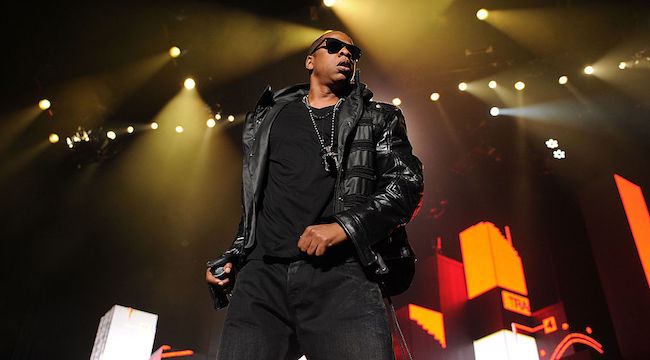 According to a report from the Source, rapper/mogul Jay-Z has turned down the NFL to headline the 2018 Super Bowl halftime show. This report comes just days after the rap legend showed his support for Colin Kaepernick at a recent concert.

While Jay hasn’t directly given a reason why he turned down the Super Bowl half-time gig many on social media are putting two and two together. 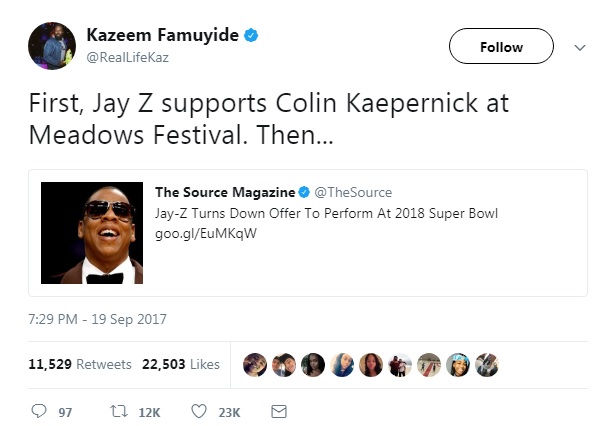 The NFL did not directly dispute the reports when asked.

No decisions have been made on the performer(s) and we are not going to speculate on particular artists,” NFL spokesman Brian McCarthy told PFT by email. “Along with Pepsi, we know that we will put on a spectacular show. When it is time to announce her name we will do it. Or his name. Or their names.”

There are probably many financial reasons why Jay-Z would turn down the NFL’s offer but I wouldn’t doubt that the whole Kaepernick situation also played a part in his decision.