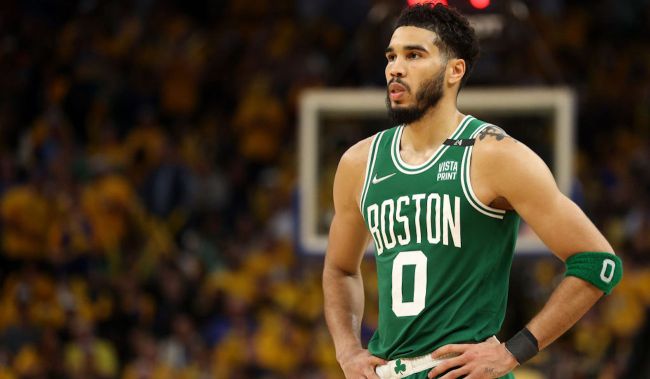 After previously getting dunked on for texting Kobe Bryant’s phone prior to Game 7 of the Eastern Conference Finals and dressing like Bryant during an NBA Finals practice, the Boston Celtics guard has tripled down on his homages to the late Lakers legend by changing his Instagram profile picture to a photo of him and Bryant doing the same pose.

jayson tatum has to be trolling at this point pic.twitter.com/FAn8jTumlr

Tatum has had an up-and-down NBA Finals debut so far, as he had just 12 points on 3/17 shooting in Boston’s Game 1 victory. In Game 2, however, while Tatum had 28 points, his team ultimately lost by a score of 107-88, tying the Finals at one win a piece.

Jayson Tatum and the rest of the Boston Celtics will look to take a 2-1 advantage over Steph Curry and the Golden State Warriors when the two teams face off for Game 3 of the 2022 NBA Finals on Wednesday night at 9 p.m. EST. If the Celtics are going to win their first NBA Finals since 2008, Boston is going to need the Tatum from Game 2 to show up for the rest of the series.

RELATED: After Texting His Phone, Jayson Tatum Is Now Getting Roasted For Literally Cosplaying As Kobe Bryant