Jazz Janewattananond, No. 39 Player In The World, Earning Just $98 In Mini-Tour Event Is A Prime Example Of Just How Hard And Fickle Golf Is 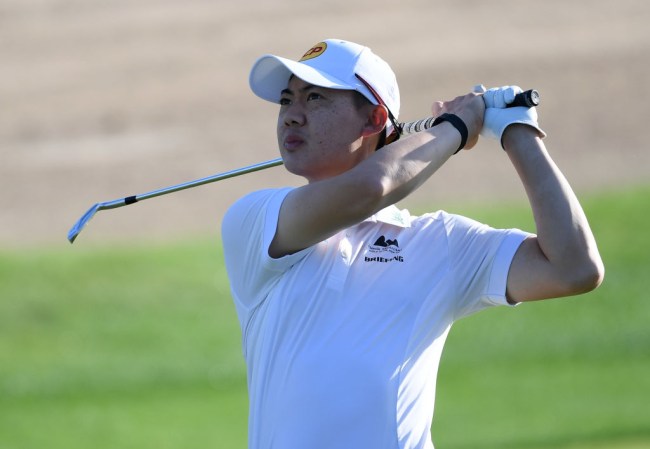 Nothing comes easy in golf and the grind of playing on mini-tours may just be the ultimate example of that, just ask Jazz Janewattananond.

While the PGA Tour is shut down at the moment, a few mini-tours have continued operations with social distancing practices in place. The West Florida Golf Tour (WFGT) was forced to take the month of April off with Florida’s stay-at-home order in place but got back in action on Monday and Janewattananond headlined the 78-man field.

It’s not every day you see the No. 39 player in the world tee it up in a one-day mini-tour event, but that was the case on Monday.

“Everybody’s first question was, ‘What did Jazz shoot? What did Jazz shoot?'” said WFGT executive director Christian Bartolacci according to GOLF Channel. “I think the players, a lot of guys told me they wanted to play just to see how they would go up against him.”

Janewattananond didn’t play badly by any means turning in a 1-under 71, but that score won’t earn you a trophy or a big paycheck on any mini-tour. The Thailand native ended up finishing in a seven-way tie for 21st and taking home a paycheck of only $98.57.

Actually, Janewattananond lost money by playing in the event seeing as how the entry fee for the tournament was $260. Jimmy Stanger, a Korn Ferry Tour member, took home $2,000 winning in a playoff after shooting an 8-under 64.

This just serves as yet another example of just how many good players there are out there that have the ability to take it low on any given day out on the mini-tours. Having to shoot 8-under just to get into a playoff says it all and that’s the basic blueprint for any mini-tour event, especially during one-day tournaments.

Janewattananond will likely tee it up at the Charles Schwab Challenge on June 11, the PGA Tour’s first event on its new schedule. His stop on the WFGT was a good way to get the competitive juices flowing, I’m sure.