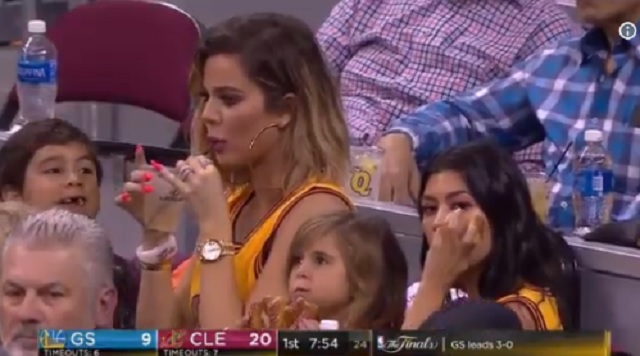 Khloe Kardashian has been a hot topic during tonight’s game 4 of the NBA finals so-much-so that Jeff Van Gundy gave an impassioned on-air speech defending the reality star.

During the game, Jazz center Rudy Gobert got on Twitter and trolled Tristan Thompson over his relationship with Khloe.

But you sitting there on Twitter watching The Finals from home. Sad!

he has them rolled up under his shorts bc he couldnt get them off the other day. 😂

And I now have a new favorite player in the NBA.