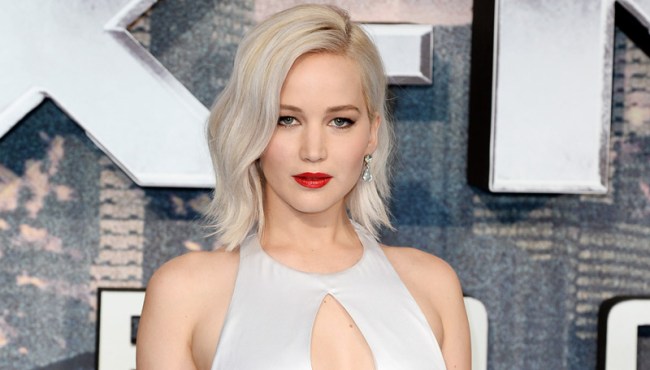 Unlike Kevin Hart who got Mutumbo’d when he tried to use his celebrity to do something he’s not allowed to do (get on stage with the Eagles during the Super Bowl LII trophy presentation), Jennifer Lawrence managed to do something Super Bowl-related on a Delta flight that most regular folk would probably not be allowed to do.

Whether Lawrence actually got permission is unclear, but the fact that she felt comfortable enough thinking people on her flight would want to play along with her is just another example, like Hart, of the entitlement celebrities sometimes feel.

That being said, if Jennifer Lawrence commandeering the microphone on your flight is the worst thing to happen to you on an airplane then you should probably consider yourself lucky. Especially since the last time we mentioned Lawrence and flying in the same story it was about her jet suffering double catastrophic engine failure.

So yeah, I would have been cool with this, though apparently not everyone on board was.

“There were a few cheers,” the passenger told PEOPLE. But Lawrence’s time on the loudspeaker didn’t end there.

“There’s a colonial woman on the plane, she’s wearing traditional….” Lawrence continued, quoting the film Bridesmaids, while a flight attendant was spotted attempting to quiet Lawrence.

After Lawrence finished, “she went back to her seat and that was it. Everyone seemed fine as it was like, pretty quick,” the flyer tells PEOPLE.

“They certainly didn’t apologize, so I think they were fine with it,” the passenger continued. “It was just like a fun, spontaneous chant by Jennifer Lawrence that we definitely appreciated. I think everyone just went along with it, since flights are so boring.”

JENNIFER LAWRENCE SUPPORTS THE EAGLES MY SILVER LININGS HEART IS ON FIRE pic.twitter.com/E9pDk7fGIC

Apparently this is a more common thing than I realized as here’s Pink’s brother doing basically the same thing on their flight.

No word on whether he too needed a lozenge to perform the song.