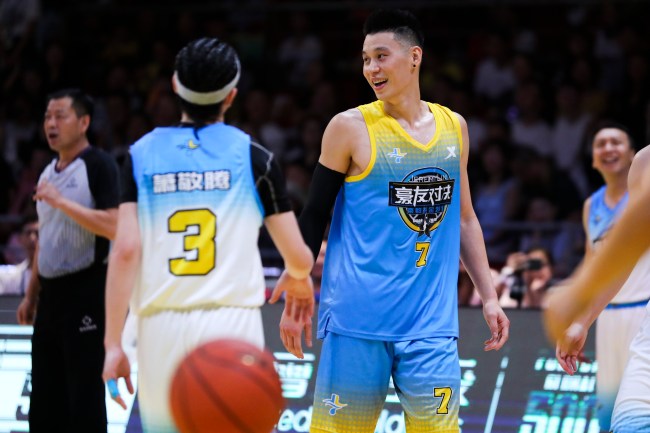 Just one month ago, the thought of Jeremy Lin’s NBA career being over drove him to tears. He categorized the NBA “giving up” on him as “rock bottom,” despite earning over $65 million during his nine-year NBA career and being just weeks removed from becoming the first ever Asian American to win and NBA title.

The 31-year-old has recalibrated his perspective, evident in his recent signing with the Beijing Ducks of the Chinese Basketball Association.

“Jeremy joining the Beijing Ducks men’s basketball shows his confidence in us and is an honor, we sincerely welcome him.”

All I can say is THANK YOU to the NBA, my family, inner circle, every fan who came to watch or rooted for me during these last 9 years! To challenge stereotypes, make history, rep Asians at the NBA level and pave the path as others have done for me has been an absolute privilege. Im overwhelmed with gratitude for each person who has been with me each step of the way. ⁣

Equally excited for this next step with the Beijing Ducks! I always knew my path would go through the CBA solely bc I knew how much of an honor it would be to hoop in front of all my Chinese fans. Im here now and there is more history to be made!

Also congrats to @joe_linstagram on a contract extension fresh off a championship with the @fubon_braves… you’re a beast and to be able to sign our contracts on the same day is something Ill forever cherish. Love you lil bro! #linstanation #farfromdone#glorytoGod

Lin younger brother, Joseph, plays for the Fubon Braves in the Super Basketball League, an elite semi-pro men’s league in Taiwan. He can ball.

Jeremy’s move to China is the obvious choice, seeing as he will be treated like a God there. He will be playing for the same franchise as 3-time Chinese Basketball Association Champion Stephon Marbury, who is such a legend in China, he has received the title of honorary Beijing citizen, his own series of stamps and even a statue outside his team’s arena.