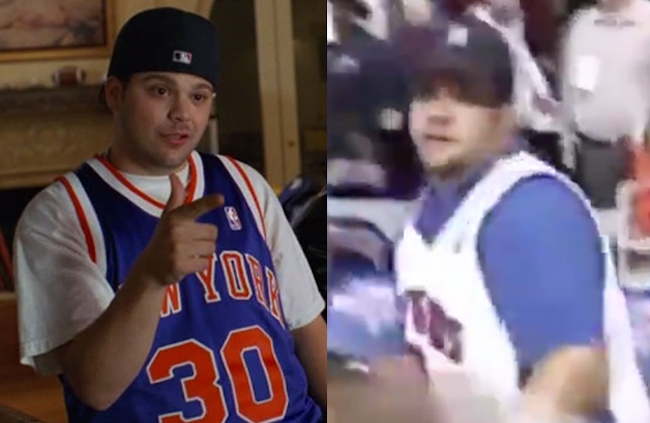 It’s been over 16 years since Entourage debuted on HBO and remained on the air for eight seasons by relying on a tried-and-true formula best described as a constantly repeating loop of “the guys find themselves in a bit of a pickle before everything works out in the end.”

That’s not to say the characters didn’t evolve over the course of the series, and while every member of the titular crew came a long way over the course of the show’s 96 episodes, I’d argue no one experienced a more impressive glow up than Turtle, who transformed from a schlubby dude from Queens with an affinity for sports jerseys and fitted brims to a slimmed-down multimillionaire who loved himself a sharp cardigan.

Turtle was far and away the most relatable and down-to-earth character Entourage had to offer thanks in no small part to the man who played him, as New York City native Jerry Ferrara absolutely nailed the role of a guy who probably would’ve spent the rest of his life calling into Mike Francesa’s radio show to bitch about the Knicks if he hadn’t been lucky enough to ride Vince’s coattails.

While the character’s NBA team of choice once had a pretty fierce rivalry with the Pacers, it never escalated to a point that came close to what went down when Indiana faced off against the Pistons in Detroit on November 19, 2004, an infamous series of events dubbed the “Malice at the Palace.”

Many basketball fans point to that moment as the darkest in the history of the league (although it’s safe to say Bill Burr is not one of them).

RELEVANT: Bill Burr breaks down Malice at the Palace and why fans deserve to get their ass kicked: pic.twitter.com/be7DB6T6SA

The catalyst for the melee was a rough foul by Ron Artest that Ben Wallace took exception to, but the shit really hit the fan when a fan hit Artest with a cup of beer that sent him flying into the stands to seek revenge only to go after a guy who was enjoying a drink of his own until he found himself on the receiving end of the player’s misguided ire.

However, that unlucky bystander wasn’t the only spectator to find himself on the receiving end of a blow from the man who would eventually change his last name to “World Peace,” as Artest also clocked another fan who thought it would be a good idea to go out on the court to confront him only to quickly regret the decision (which he likely would’ve regretted even more if Jermaine O’Neal hadn’t slipped before he tried to throw a punch of his own).

The above tweet was posted last year to commemorate the 15th anniversary of the incident, and after it started to make the rounds, Ferrara hopped online to clarify he was not, in fact, the guy in question (who was actually a Pistons fan named Charlie Haddad, who had his season tickets revoked and was banned from the arena following the fracas).

Hey everyone. I in fact, am NOT that dude with the jersey and hat lol. But both Turtle and Jerry would have picked up on the vibes and just ran out of the Palace. that is all. #facts https://t.co/VCxCRoDI9E

Thursday marked the 16th year since that fateful night, and after the tweet began to circulate yet again, the actor once again issued a reminder that he and Haddad are two different people.

Guess it’s that time of year again. I repeat I am not the guy that Ron Artest punched ! See you next year. LMAOO https://t.co/VCxCRoDI9E

I’m sure Ferrara would like to just put this to rest, but as he mentions, it seems like this could be the start of a yearly tradition.