Jerry Jones Accused Of ‘Sticking His Tongue’ In Woman’s Mouth, Groping Her In Front Of Cowboys Players 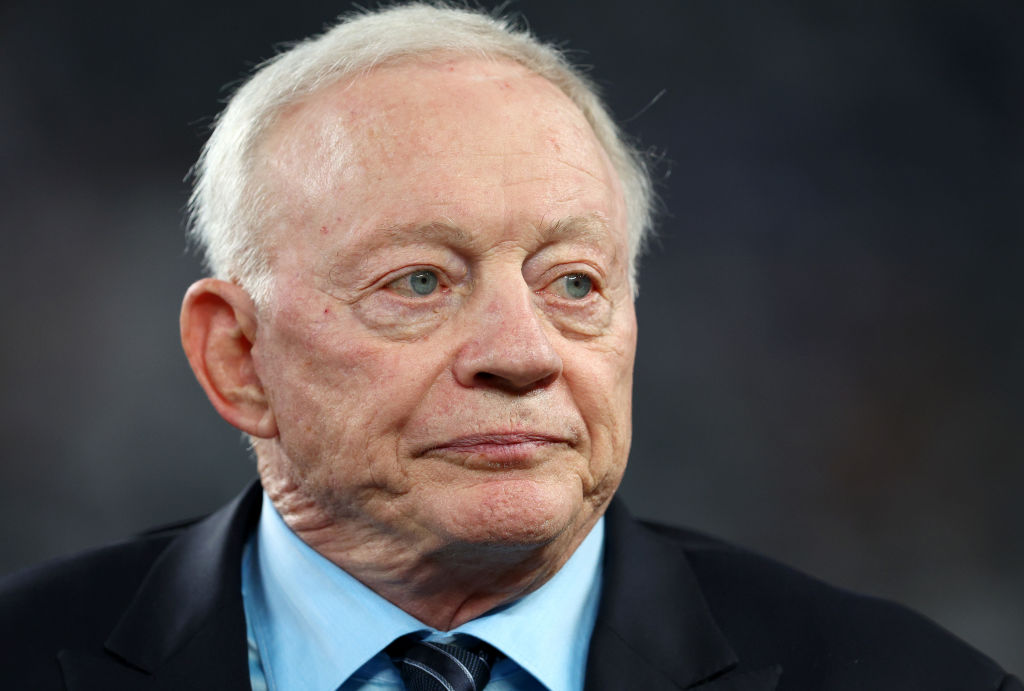 Jerry Jones is being taken back to court by a woman who claims he sexually assaulted in front of several Cowboys players in 2018.

According to court documents obtained by Amy Dash of League of Justice, a woman is accusing Jones of forcibly kissing her, sticking his tongue in her mouth, and groping her in front of several Cowboys players inside the Landry Room at AT&T Stadium.

Via League Of Justice

Jane Doe accused Jones of forcibly kissing her on the mouth without her consent on or about September 16, 2018 in the Tom Landry Room at AT&T Stadium. She also accused Jones of sticking his tongue in her mouth, and forcibly grabbing and groping her. In court papers, Doe says the room was full of witnesses when the alleged assault happened, and that she believes the people in the room allegedly included former Cowboys head coach Jason Garrett, running back Ezekiel Elliott, Tyrone Crawford, Tyron Smith and other prominent Cowboys players.

The case, which was first filed in 2020, had been previously dismissed after Jones’ attorneys won a motion to dismiss on special exceptions after they argued “Doe’s failure to reveal her identity made it too difficult to defend the case.”

The case was initially filed in September of 2020. After a nearly year and a half long litigation, the case was dismissed in February of 2022, after Jones’ attorneys won a motion to dismiss on special exceptions, arguing in part, that Doe’s failure to reveal her identity made it too difficult to defend the case.

Despite the legal setbacks, the woman has asked the Judge to reconsider the case, and according to Dash, the case is still open, and there’s a court date for December of this year.

The woman is reportedly seeking over one million dollars in damages after she claims she’s suffered “severe injuries”, “emotional distress,” “psychological pain and suffering,” and “medical expenses.”