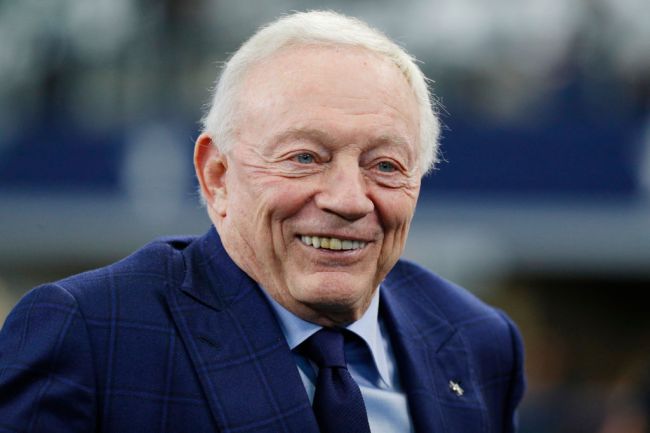 By most teams’ standards, the Dallas Cowboys’ 2021 season was a pretty successful one. The team won 12 regular season games, won the NFL East, and earned a home game in the first round of the playoffs.

They unfortunately squandered that opportunity with a 6 point loss to the San Francisco 49ers that ended with a bizarre QB run that wound up draining the clock. The ending to the season led many to believe that Cowboys head coach Mike McCarthy could find himself on the hot seat.

It’s somewhat unusual for a coach to find themself on the hot seat after a 12-win season, but the belief was that owner Jerry Jones wanted a coach he trusted more to lead the team on a deep playoff run.

Today, Jones attempted to dispel the notion that he doesn’t have full faith in McCarthy. However, while expressing his belief that McCarthy could lead the Cowboys to a Super Bowl, he also reminded everybody that he has other options.

"[Mike McCarthy] wouldn't be sitting here today if I didn't think he was the man to lead this team to a Super Bowl… and I have choices."

Jones and the Cowboys certainly do have plenty of options to replace McCarthy if they were to decide that’s the right move next offseason.

They have seemingly been preparing offensive coordinator Kellen Moore to eventually take over that position since they added him to their coaching staff in 2018. There have also been rumors about their interest in Sean Payton since Payton left the Saints to become a broadcaster.

It might not take a Super Bowl for Mike McCarthy to keep his job beyond the 2022 season, but he’ll need to prove that he can start collecting wins in the playoffs with this Cowboys roster or Jerry Jones might start making calls to those other options.