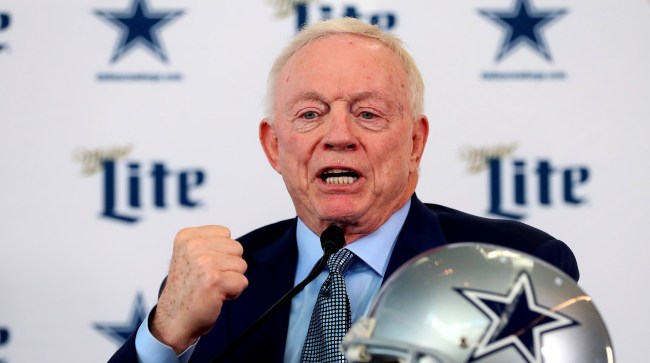 The big news as we go headlong into week one of the 2020 NFL season is not the lack of fans in the stands, or Tom Brady playing for someone other than New England. It’s, thanks to jackass sports troll Skip Bayless, Dak Prescott’s honest and open admission that he has struggled recently with depression and the suicide death of his brother Jace.

In very twisted sort of way, I guess we should be thanking Skip for caring only about one thing: himself. If it weren’t for him, so many people wouldn’t be showing how much support and compassion they have for those among us struggling with mental health issues.

As Prescott himself said in response to Bayless’ horrifically insensitive comments, “Being a leader is about being genuine and being real.”

Despite Bayless saying he has “deep compassion for clinical depression” while at the same time not even remotely apologizing for also saying about Dak, “I don’t have sympathy for him going public with ‘I got depressed,'” Prescott’s sentiment is receiving loads of support and his honesty is being lauded by many, including

Counted among those people, at least publicly, are none other than Dallas Cowboys owner Jerry Jones and Cowboys Executive VP & Chief Brand Officer Charlotte Jones-Anderson.

Definition of a true leader… pic.twitter.com/ordRpse2CK

During his appearance on the K & C Masterpiece show on 105.3 The Fan on Friday, Jerry Jones was asked to comment on the firestorm Bayless’ comments regarding Prescott and mental health have caused.

“Dak’s willingness to be transparent and share his difficult times and share it with such stature, with class, you just always going back to the word leadership,” said Jones. “You just can, he has a way of communicating. And when you look at what has happened in his young life. What he did at Mississippi State, what he did for Mississippi State. It says all there’s a statue there at Mississippi State. When do you see that in this day and time for a former player?

“The way he’s endured, frankly, the way he grew up. And just the way he shared that with all of us. The death of his mother, which for his age is so, really, hard to understand. But the way he handles it has such sensitivity.

“His ability as a fourth-round draft choice to have that, at that draft, and then turn out there and win 13 games as a rookie. And then this past year losing another brother.

“My point is he has a way of sharing his experiences that just attract the people to him and it’s not just his teammates. He’s extremely gifted as a leader and a part of it is a part of what we’re talking about today. Is the fact that he can articulate. The fact that he shares his … but his vulnerability.”

When asked directly about Bayless’ comments, Jones stated “the static outside that pales in comparison to Dak’s message.”

Listen to Jerry Jones’ entire Friday segment on 105.3 The Fan below…