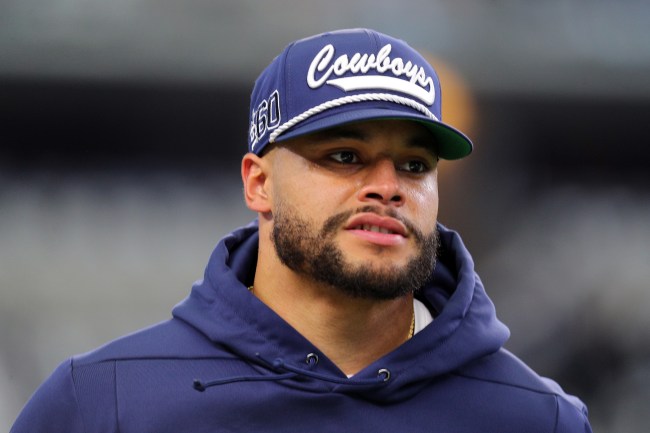 In April 2020, Jace Prescott, the 31-year-old older brother of Dak, passed away.

The Prescott family kept the cause of death under wraps until Dak and his older brother, Tad, recently sat down for an interview with Graham Besinger.

Dak Prescott’s brother, Jace, has passed away at 31. No word on the cause of death as of now. Prayers out to the Prescott family pic.twitter.com/HUKHHGLslr

The Cowboys quarterback then revealed that Jace—a 6-foot-6, 343 pound former Northwestern State football player—had died of a self-inflicted gunshot wound to the head.

Both Dak and Tad claimed Jace’s demons were exacerbated by the death of their mother, who died of colon cancer in 2013 and whom Jace was the primary caretaker for during those difficult times.

“Jace at the time was finishing with school and was home, was with her and watched it,” said 27-year-old Dak, who was away from home playing at Mississippi State at the time.

“She couldn’t necessarily hide it from Jace because he was there every day. He saw the times where she would have to spend probably 10-plus hours throwing up, this and that, and saw the medicine she had to take.”

“I’ll never get another hug in my life like the ones he gave,” Prescott said of Jace. “He was my best friend.”

Dak also revealed the anxiety and depression he went through this offseason in the lead-up to his brother’s passing.