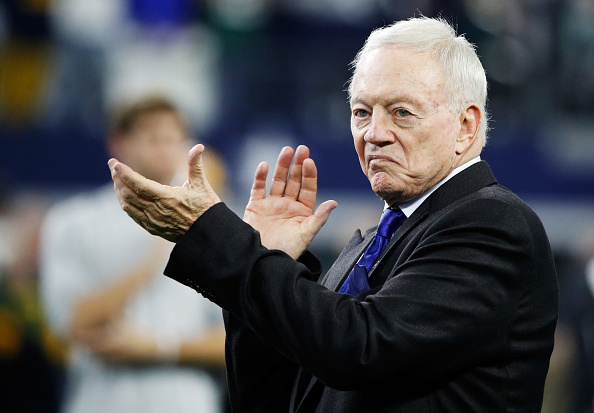 In an attempt to bolster their struggling passing game the Dallas Cowboys made a bold move trading for a first round draft pick for Raiders wide receiver Amari Cooper.

The Cowboys landed wide receiver Amari Cooper in a trade with the Oakland Raiders on Monday in exchange for a first-round draft pick.

Cooper, 24, was a Pro Bowl selection his first two seasons in the NFL after eclipsing 1,000 receiving yards in both 2015 and 2016. But he has struggled to establish himself in new coach Jon Gruden’s offense, making several drops and recording just 22 catches for 280 yards and two touchdowns.

The Internet had some jokes about Jerry Jones and the Cowboys getting fleeced by the Raiders.

This marks third time under Jerry Jones that Cowboys have traded a No. 1 draft pick for a veteran WR: two firsts for Joey Galloway, a first and three other picks for Roy Williams and now Amari Cooper. The first two were epic failures.

Trading a first round pick for Amari Cooper might be the dumbest thing Jerry Jones has ever done, at least until his next trade.

Jon Gruden after he hangs up the phone with Jerry Jones: pic.twitter.com/wuEyuqbXUZ

This sounded to me like a trade Jerry Jones would have made behind Stephen's back because Stephen would have wrestled the phone away from him. I guess I gave Stephen too much credit. https://t.co/4BbKPfIfFs

I feel like the Amari Cooper trade went down with Jerry Jones barricading himself in his office with his cell phone and Cowboys personnel couldn’t break in in time to stop it.

Only Jerry Jones can make Gruden look like a genius 🤣🤣🤣🤣🤣