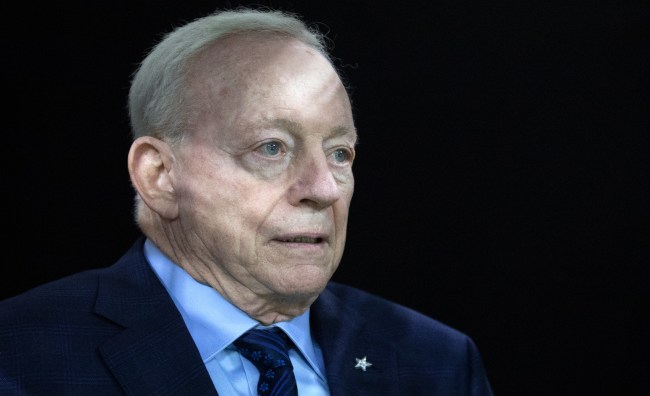 Outside of perhaps Mark Cuban, name another zillionaire sports franchise owner other than Jerry Jones who would roll down Bourbon Street in New Orleans around midnight, drink in hand and surrounded by rabid fans?

Okay, now name an owner who would do such a thing and have the mob of fans cheering and chanting his name over and over as he did it?

That’s right. None. Whether you love or you hate the Dallas Cowboys, you have to respect the cajones on their owner Jerry Jones. Bro is truly one unique individual.

Natually, JJ was also surrounded by some very large men, presumably packing serious heat, but still… Jones is 76-years-old, worth somewhere in the neighborhood of $8.6 billion, and there he was bumping around on Bourbon Street with fans in the middle of the night.

I don’t know about you, but seeing this gives me one hell of a case of FOMO.

No, I don’t mean I feel like I missed out on chilling with Jones on Bourbon Street. I mean, I fear that Jones is going to die someday and his daughter Charlotte Jones Anderson will have never allowed the man to bless us with all of his scorching hot takes on social media.

Seriously, Charlotte, you’re really depriving the world with this hardline stance about social media and your dad.

Sigh… oh well, at least we can pretend, right?