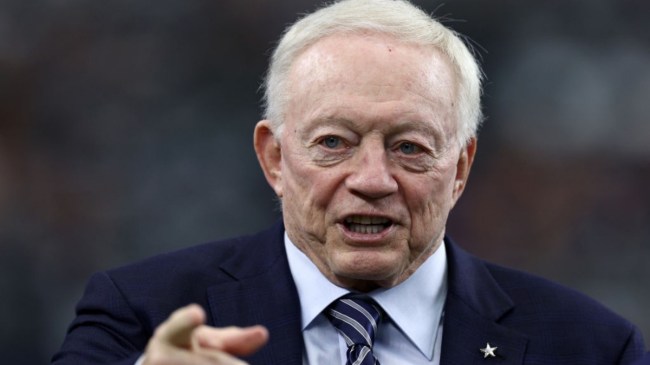 It has surprisingly been a while since we’ve heard any rumors about where Odell Beckham Jr might end up once he has recovered from his ACL injury. Maybe it’s because of the report that he won’t be ready to play until December. Maybe it’s because teams are looking at potential trades ahead of Tuesday’s deadline.

Whatever the reason, the market for Odell has definitely been cooling down lately despite plenty of teams around the league having a need at wide receiver.

There’s a chance that could change soon.

One of those teams that would likely welcome some help at wide receiver is the Dallas Cowboys. They have been looking for somebody to replace the production of Amari Cooper, who they traded to the Cleveland Browns during the offseason.

Today, Jerry Jones praised a receiver who could potentially help replace some of that production in the future. Jones said that Odell made the second greatest catch that he’s ever seen.

Cowboys owner Jerry Jones on @1053thefan on Odell Beckham Jr.: "He made the greatest catch I've seen, other than the one Dez made for the touchdown against Green Bay. Bottom line is, Odell is a player that I admire a lot."

I’m sure Cowboys fans wouldn’t be upset about it if they got to see Odell attempt to replicate that catch in their team’s uniform. He’d be ready just in time for them to make a playoff push as they fight for seeding in a surprisingly difficult division.

The move would also have the added benefits of preventing the Giants from signing him as they try to fix their own receiver issues.

Jones’ praise for Odell certainly makes it seem like the move is at least a possibility.