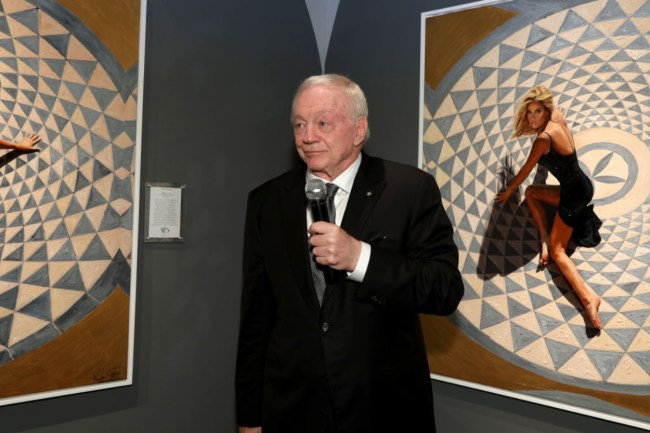 Jerry Jones is 79-years-old, and like any other 79-year-old man, he can put off some odd vibes every once in a while. Take earlier this week for example, when he walked to the edge of a balcony and called the people standing below him “my subjects.”

At the end of the day it’s just an old man having some fun, not causing any harm whatsoever, but the “my subjects” hits a bit different coming from a guy that’s worth north of $10 billion.

Jerry Jones playing God, King, whatever you want to call it, for a moment this morning at @thestarinfrisco

Walks to the balcony, looks down at the people and says: "My subjects!"

The hand-raising as he utters the words “my subjects” really takes things to a whole new level. You add the forced laugh from the “subjects” below and you have yourself a good few seconds of cringeworthy content.

NFL fans shared some hilarious reactions to the odd video of Jones:

The funniest thing is that he’s probably not joking https://t.co/FZGikyFYYx