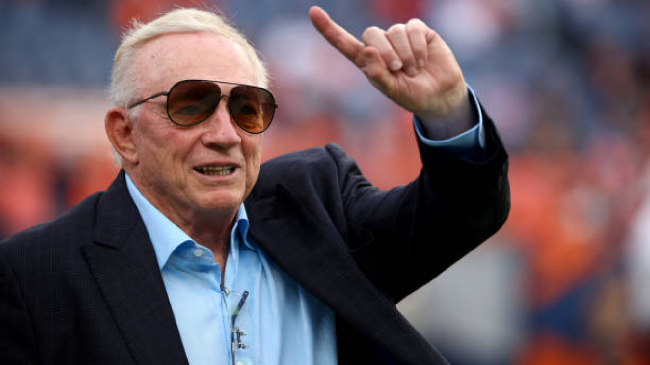 It seems there is already trouble in Dallas just one week into the new NFL season.

Ezekiel Elliott has already expressed concerns with the Dallas Cowboys not committing to the run in Week 1. A Buccaneers defender claimed that the Cowboys offense was predictable. Today, Mike McCarthy called out Kellen Moore’s play calling.

Now it seems that Jerry Jones was particularly unhappy with the performance of one player during the loss to the Buccaneers. During an appearance today on 1053 The Fan, Jones took issue with CeeDee Lamb’s inability to make plays against the Buccaneers.

Cowboys owner Jerry Jones when asked on @1053thefan about WR CeeDee Lamb: "You got to play through being covered. You got to catch balls covered. You say, 'Well, that's a trite things to say,' but you can't just because they doubled you up, not make some plays."

When the Cowboys drafted CeeDee Lamb in 2020, they picked him with the expectation that he would become an elite option at receiver for them. While he has been good for the Cowboys, he has yet to truly break into the top tier of receivers around the league.

In the past, Lamb has been unable to command targets like some of the league’s elite receivers. However, that shouldn’t be an issue for Lamb now that Amari Cooper is with the Browns. Instead, it seems that a lack of other real receiving threats for the Cowboys has drawn a ton of defensive attention to Lamb this season.

That led to Lamb turning 11 targets into just 2 catches for 29 yards.

It’s certainly not what the Cowboys have been hoping to see from Lamb and they’ll need him to step up in a big way over the next few weeks as the team tries to make it through Dak Prescott’s access.