Jerry West Sued For $2.5M By Man Who Claims He Got Kawhi Leonard To Go To The Clippers 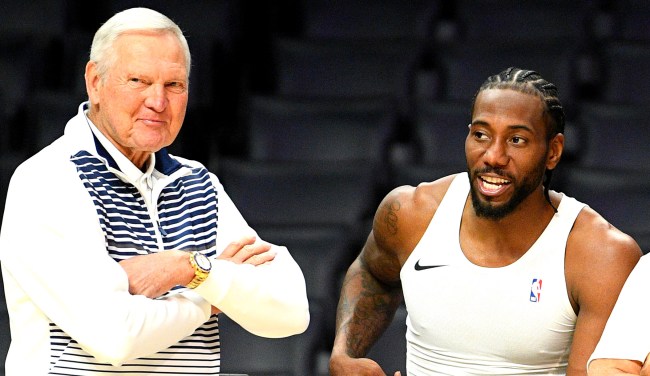 A man named Johnny Wilkes is suing Los Angeles Clippers executive board member Jerry West for $2.5 million claiming that he was largely responsible for Kawhi Leonard going to the team as a free agent in July 2019.

According the lawsuit, obtained by TMZ Sports, Wilkes also claims that he told West exactly what to do and say to land Leonard, including signing then free agent Paul George.

Wilkes also states that he was the one who put West in touch with Kawhi’s uncle Dennis Robertson, who holds much sway over the two-time NBA Finals MVP.

In the suit, Wilkes claims he told West he’d only help if the Clippers would pay him $2.5 MILLION … and Wilkes claims West agreed to the terms.

Wilkes says in the lawsuit he “immediately went to work” … and began convincing Kawhi and Kawhi’s uncle the Clippers were the right team for him after he had just left the Toronto Raptors.

He also says he provided “vital” information to West for a meeting between Kawhi, West and coach Doc Rivers.

“It was the exact information Kawhi Leonard wanted to hear at the time in order to effectuate his signing with the Clippers,” reads the lawsuit.

Wilkes also claims in the suit that he put together a deal where West agreed to give Kawhi’s uncle a home in Southern California as well as a travel expense account.

Following Leonard’s signing with the Clippers, Wilkes says West reiterated at a celebratory dinner that he would pay him $2.5 million for helping the team get the four-time NBA All-Star.

Wilkes says he has still not been paid and is seeking $2.5 million plus damages from West and the Clippers for breach of contract and other charges.