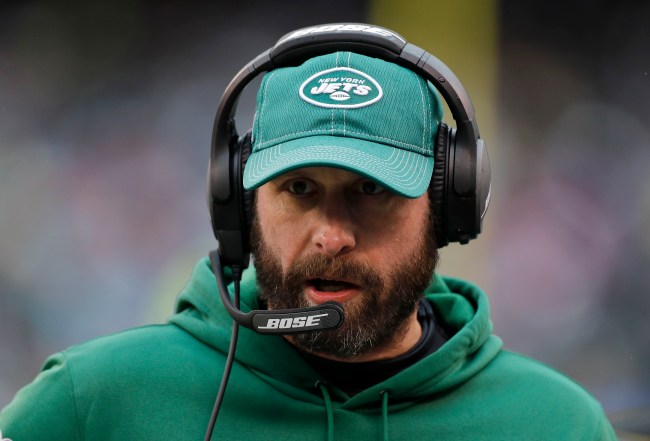 With the Jets off to an 0-3 start this season while solidifying themselves as the worst team in the NFL, it’s starting to feel like a matter of ‘when’ not ‘if’ Adam Gase will be fired as head coach.

To the happiness of most Jets fans out there, Gase could be fired by the end of the week if the Jets lose at home to the Broncos on Thursday night. The Broncos will be without quarterback Drew Lock for the second straight week, so it could be a tough ask for the Jets to pull through with a loss, but you can’t help but have faith that they’ll come through and improve to 0-4 on the year.

Colin Cowherd revealed this notion that Gase will be fired this week if New York loses to Denver.

“Gase has a problem,” Cowherd explained. “He’s not only losing games, but he’s lost the locker room. You could talk guys into playing and you could talk guys out of playing, too many Jets are always hurt. There’s something here. Do players want to play? I’m told the Jets have already reached out to a top coaching agent and started asking questions.”

A source tells Colin Cowherd that #Jets head coach Adam Gase will be fired if they lose to Denver on Thursday. pic.twitter.com/oarv1ls3dR

Gase being fired after just four games in what is just his second season as head coach of the Jets may seem harsh, but this team is spiraling into an abyss and he hasn’t shown that he has the ability to bring them out of it.

Gase’s squad is winless on the year, has been outscored 94-37 during that stretch, and sits last in both points per game and yards per game.