New York Jets offensive linemen Mekhi Becton is an absolute beast of a man. If we’re talking strictly bodyweight, I’m not even half the man that he is. I’m also considerably shorter than the NFL sophomore who clocks in at 6’8″ and 365 pounds.

If I attempted to workout like Mekhi Becton I might actually die and that’s not an exaggeration at all. My frame can’t handle anything close to his. I know this because I just watched his offseason workout in that video above, the latest ‘NO DAYS OFF’ episode from Whistle. Just hit ‘play’ on that video up top for the madness.

Who is Mekhi Becton?

Mekhi Becton is an offensive tackle for the New York Jets. He was drafted 11th overall by the Jets after playing three seasons for Louisville before foregoing his Senior Season to enter the NFL Draft.

Mekhi Becton was always a big kid. Bigger than his peers. He tells us how everywhere he went they’d question if he was too big to do something. People were constantly checking his ID and accusing his team of cheating and laying about his age. He says they basically threw the book at him everywhere he went because he was so big. Then you see him now and it kind of makes sense, he’s roughly two times the size of most men.

He was first introduced to football by his father who coached him from the time he was 5-years-old up through high school. Mekhi played H.S. football for Highland Springs in his hometown of Highland Springs, Virginia before heading to Louisville where he’d play for the Cardinals.

Going From Good TO Great

He’s always been gifted. He started 11 games for Louisville as a freshman and through the first 4 games of his rookie season, he was the highest-rated freshman in the country by Pro Football Focus. But there’s a big difference between god and great. And here we get to see how far he pushes himself to be great. His workout needs are very specific to his profession. He needs to be explosive, insanely strong, and nimble.

Here he takes us through his offseason workout as part of Whistle’s ‘NO DAYS OFF’ series. This is a fascinating glimpse into the everyday life of a world-class athlete. Just hit that ‘play’ button and let YouTube do the rest:

If you enjoyed this Mekhi Becton episode of ‘NO DAYS OFF’ from Whistle then be sure to smash the ‘subscribe’ button on their YouTube channel. You can also check out some recent Whistle videos here on BroBible including Enes Kanter trying too hit a baseball or this 12-year-old who is already one of baseball’s top prospects. 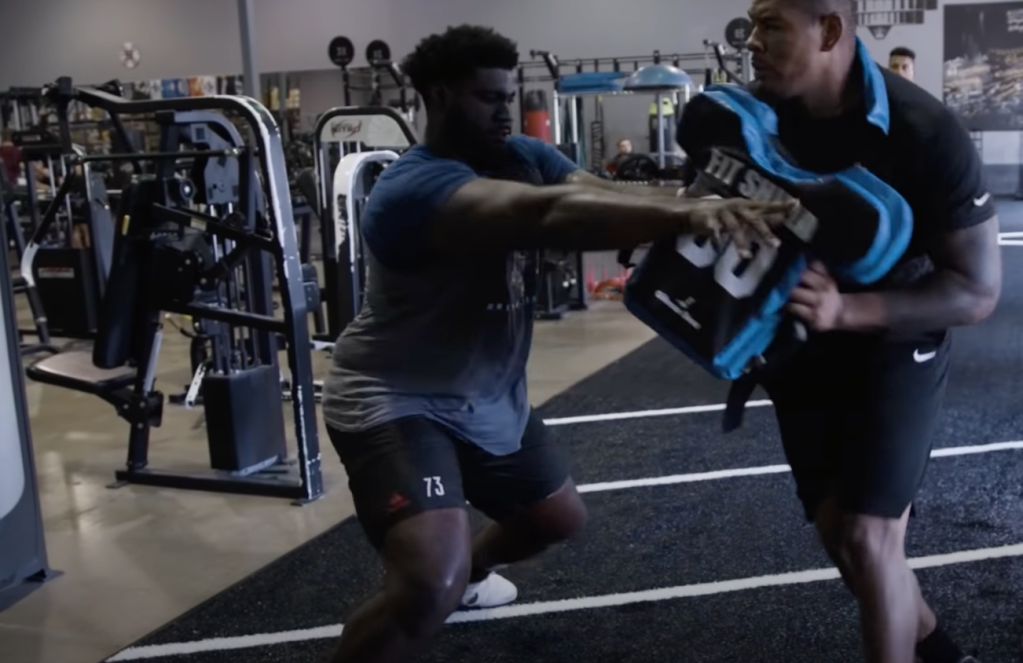