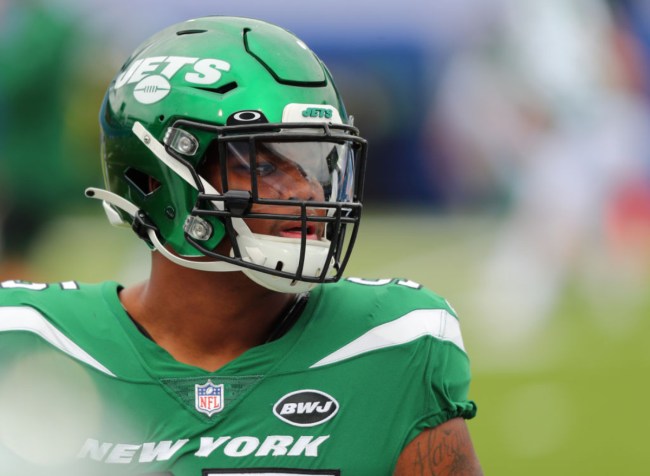 Quinnen Williams isn’t just beloved by New York Jets fans, he’s one of the most likable players in the entire NFL. Not only is he a force on the field, but he’s also thoughtful and honest when speaking with the media.

His latest great moment in front of the mic came on Tuesday afternoon when asked about his contract situation.

Williams, drafted third overall in 2019, is eligible for a contract extension this offseason. He’s deserved a ginormous pay raise given his production, but instead of forcing the Jets’ hand or being bitter about things, he’s not worried about the contract at all.

“I just believe the contract is gonna handle itself. Money is gonna handle itself. I play this game for the love of the game, first and foremost,” Williams explained. “Money is not a big thing on my heart or on my mind right now. I just want to be the best football player on the field that I can be and do the things I can do to help this team win in general.”

“When it comes down to the contract, that’s going to handle itself.”

"Money is not a big thing on my heart or my mind. I just want to be the best football player I can be."

That’s an unbelievably humble, honest answer from a 24-year-old budding superstar. Williams is a football player, and he can control what he does on the football field, after that, everything else will fall into place just like it’s supposed to.

Williams had six sacks and 53 tackles last season in 16 games for the Jets. He’ll be a key piece in New York taking that next step in hopes of reaching the NFL playoffs for the first time since 2010.