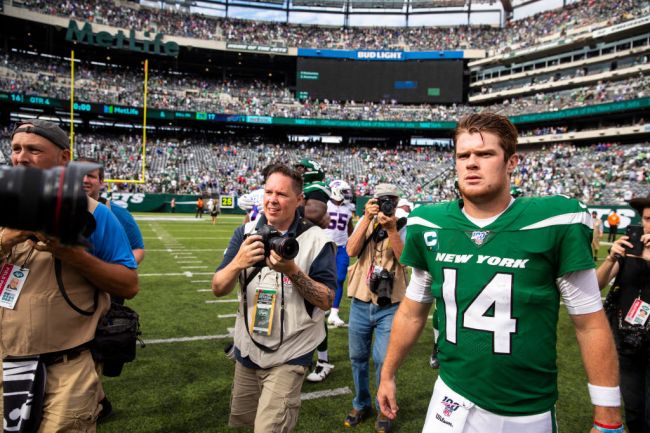 Stop me if you’ve heard this before, but the New York Jets are a bad football team, quite possibly the worst in the NFL. The Adam Gase hire as head coach last offseason was questionable at best, and now it looks like a catastrophic mistake. Well, catastrophic in the sense that the Jets are looking at another losing season for the fifth year in a row, but on the flip side, they could secure the No. 1 overall pick in next year’s NFL Draft.

While a handful of other teams will do battle with New York, including perhaps the Giants, for the coveted No. 1 overall pick, one NFL analyst has an idea for what the Jets should do if they end up being the worst team in football.

Jon Ledyard, an NFL Draft analyst at Pewter Report, believes they should look to trade Sam Darnold. He even took it a step further suggesting the Steelers should be a team interested in the former USC quarterback selected third overall back in 2018.

I have no idea what Darnold can become. But I know he's FAR more promising than Mason Rudolph or (likely) the QB options they will get picking in their typical draft range. Spend a 2nd or 3rd and see what you can do with him.

It isn’t too crazy of a thought at all. While the Steelers may like Mason Rudolph as Ben Roethlisberger’s eventual replacement, Darnold’s ceiling and overall ability is much higher than Rudolph’s. Plus, Pittsburgh could probably snag the quarterback for cheap as the Jets will be looking to stock up on draft picks for this year’s NFL Draft and the 2020 draft.

If this were to be the case, the Jets would either select Justin Fields or Trevor Lawrence with the first overall pick and begin yet another era with a brand new quarterback in the fold.