How Bout Them Jets, Huh? Lookin’ Like The NFL’s First Ever 0-17 Team 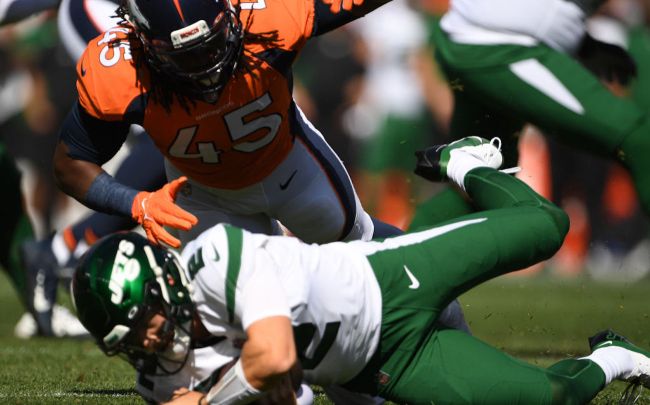 For the first time since the pandemic began, the BroBible team gathered in New York City for our quarterly summit, where we discuss #business for a couple of hours before engaging in some team bonding, a.k.a. crushing beers with the fellas. Just real guys bein’ dudes type stuff.

And prior to our meeting, as guys do, we were discussing #sports when the nature of fandom came up, and how foolish we are for tying our hopes and dreams to what’s essentially a t-shirt and commercial-selling business — a notion that especially rings true to someone like me, a New York Jets, New York Mets, and New York Knicks fans (thank god I have Liverpool across the pond).

“Why do I do it?” I was asked, “Why stick with teams that do nothing but disappoint?” And while I gave some status quo response about my Dad being from Queens, so I root for the teams he does and it gives me a sense of familial history and community and blah blah blah, the truth is that I do not have an answer. Because there is none. There is simply no good reason for rooting for the New York Jets, owner of the NFL’s longest playoff drought, which will surely reach 11 years following their already abysmal season.

Ever since their final playoff appearance under Rex Ryan in the 2010 AFC Championship game — an era, by the way, which marks the height of my Jets fandom… imagine that — the Jets have been perpetually regressing, becoming the sporting personification of one step forward, two (or three) steps back. From the decision to let Adam Gase anywhere near the franchise to trading away Sam Darnold only to start fresh with Zack Wilson, who had one breakout season at BYU during a historically anomalous season, the Jets have set themselves back close to a decade in the last few years alone. When your fanbase is longing for the days of Rex Ryan and Mark Sanchez, you know you’ve well and truly entered what can only be described as football purgatory.

From general managers to coaching hires to draft picks to free-agent signings, the Jets have been a failure at every level for virtually my entire life. That’s beyond mismanagement — that’s an omen, that’s a curse, that’s maybe even karma. The Jets are corrupted not just in their hearts and minds but in their souls: there is something rotten at the franchise’s very core ad there’s nothing and no one in sight that seems capable of fixing it. Maybe Joe Namath made a deal with the devil after all.

No bullshit, hiring Adam Gase set the Jets back half a decade, at least.

Jets kid is back for his week 3 breakdown pic.twitter.com/wB4MaiWaSd

Records since the start of the 2017 season:

Tied for the worst record in the NFL. #Jets #Giants

The Jets have been outscored 51-6 in their last 2 games. pic.twitter.com/zCiV2TDVz4

Broncos D-line vs the Jets pic.twitter.com/ESWf8ROhVY

The Jets have now gone 6 Quarters without scoring a TD. pic.twitter.com/KZIvV310Ud