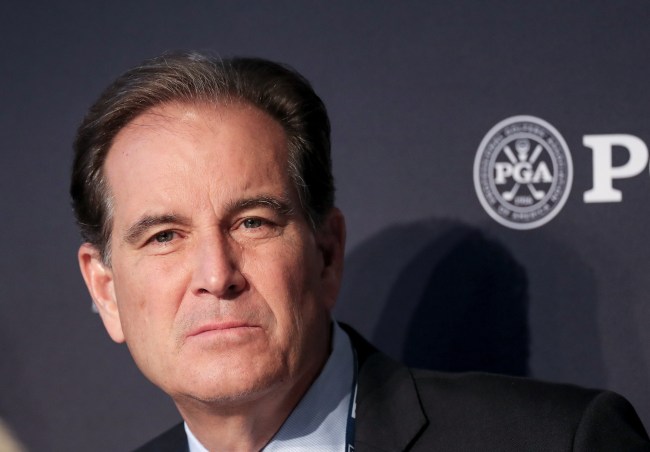 Having been the face of CBS Sports for the past three decades, Jim Nantz knows he’s more than just an integral part of the network’s sports coverage — which is why he’d really like to be paid accordingly. As the voice of The Masters, CBS’ national TV slot for the NFL and the Final Four, the 61-year-old seemingly does it all, and has called some of the most memorable moments in sports during his career.

With Jim Nantz’s current deal with CBS set to expire in the summer of 2021, Andrew Marchand of the New York Post offered up some insight into what the announcer is looking for. To say it’s a lot of money is an understatement, with sources telling Marchand that Nantz wants “Tony Romo money” — which is in the ballpark of about $17 million per year.

Jim Nantz, the face of CBS Sports, is looking for “Tony Romo money” in what is shaping into a potential showdown between the network and its longtime star, The Post has learned.

Sources said Nantz is seeking to top the $17.5 million yearly salary Romo received on a new contract signed right before the pandemic hit as everything perfectly aligned for the standout NFL analyst.

Nantz has been out front for CBS for three decades. He currently makes $6.5 million per year on a contract that ends early next summer, according to sources.

Given the fact Tony Romo only calls NFL games, Jim Nantz has an argument that he’s more valuable to CBS Sports’ overall coverage, as he calls the biggest games and events for the network. After Romo inked an enormous deal worth a total of $180 million over 10 years with CBS earlier this year, Nantz is positioning himself to try and get in on that kind of loot.

As Marchand mentioned, Nantz’s CBS contract currently pays him a healthy $6.5 million annually, but that’s far below his market value. For comparison, the New York Post story lists that FOX pays Joe Buck $10.5 million per year, per sources, and NBC’s Mike Tirico is around that same figure, so CBS Sports is getting a huge deal paying its lead commentator, Jim Nantz, nearly half of that — all while squeezing more work from him.

The world of sports media is always fluid, with analysts and commentators moving from one network to another. And with ESPN potentially looking for an A-list talent to fill its Monday Night Football broadcast, maybe they see Nantz as their thoroughbred who could pair with a guy like Peyton Manning — if he ever decides to get into broadcasting. We’ll have to wait and see how this all plays out with CBS Sports, but there’s sure to be some real hardball during negotiations from each side.