Jim Ross Shares Gnarly Facial Injury, Won’t Let It Get In The Way Of Watching Sooners Football, Though 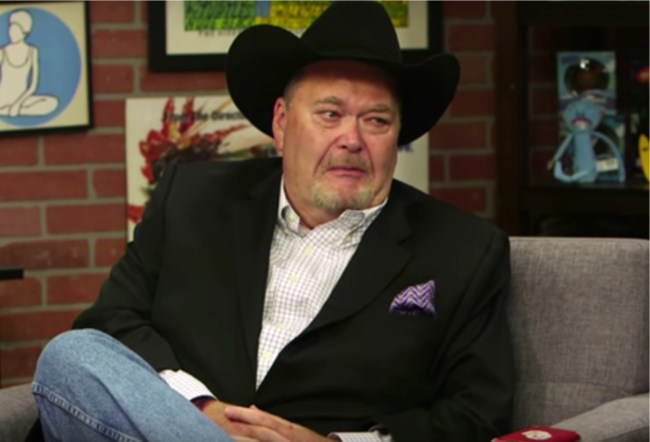 Jim Ross is, arguably, the greatest wrestling announcer in the history of the sport. And he’s also shown during his time by the ring that he’s one helluva tough guy, as he’s dealt with numerous health issues and other stuff during his Hall of Fame career. So it might not be a huge surprise to see JR still trucking along after taking a nasty spill the other day.

Sharing a gnarly injury on his Twitter account, Jim Ross might want to reconsider his plans of going to the Oklahoma Sooners-Kansas Jayhawks game, because a doctor may want to examine what the hell he just did to his face. Look at this thing, guys.

Took a bad bump last night. The concrete went over.

Not really sure what the sh*t happened to Ross, but, damn, whatever it was doesn’t seem like it was fun. When they talk about rubbing some dirt on it and getting back out there, though, this dude epitomizes that, because he’s not letting something like this get in the way of seeing his beloved Sooners tonight.

Somebody hand Jim Ross a couple glasses of moonshine and let him ease the pain with some heavy booze, because that thing looks like it’s painful AF.