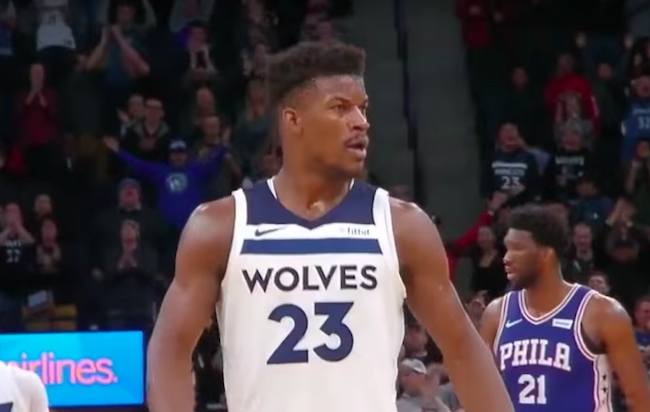 A lot of professional athletes have more money than they’ll ever know what to do with in addition to an undying competitive spirit, which has resulted in some absurd stories stemming from a wide variety of wagers that have been placed over the years—like the time Kobe Bryant fleeced Gerald Wallace out of $5,000 by sinking a free throw during a game.

I’m sure David Stern was thrilled about that.

Michael Jordan is probably the G.O.A.T. when it comes to crazy gambling stories—he once challenged Charles Barkley to put $300,000 on the line over a single putt, played poker instead of sleeping before a gold medal game at the Olympics, and may or may not have been asked to “retire” from the NBA before briefly pivoting to baseball thanks to his gambling addiction.

However, it’s another former Chicago Bull who recently popped into the headlines thanks to a bet he made: Jimmy Butler, who recently shared a story about the time he went head-to-head with Antonio Brown with $30,000 up for grabs.

On the most recent installment of Hot Ones, host Sean Evans asked Butler what it’s like to train with Brown and Russell Wilson, who serve as his workout buddies in the offseason.

Butler says he currently owes Brown $30k after he convinced himself he could stop the best wide receiver in the league from catching a pass from an NFL-level quarterback in the red zone, which apparently didn’t go as planned.

Hubris is a bitch.