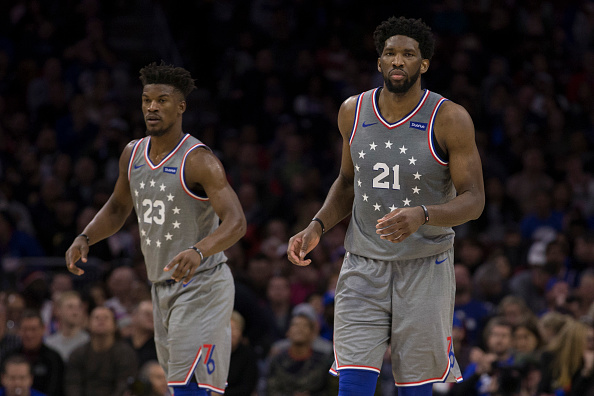 On Friday, a frustrated Embiid told reporters that he’s not happy with his role as a stretch five after the team acquired Butler.

Today, Butler spoke to the media about Embiid’s comments and says he understands the big man’s frustrations.

#Sixers swingman Jimmy Butler on Joel Embiid’s comments over being frustrated with his new role: pic.twitter.com/MTMk11jhsm

I know where his heart is, his heart is pure he wants to win and I feel for him. It’s new to myself, it’s new to him, it’s new to everybody.
But we’re okay, I know he wants to win, he’s frustrated. He wanted to play and coach didn’t let him play. We need him longterm. He’s been doing a lot on both ends of the floor for this team,That’s our best player I can understand being frustrated, he’s a hell of a player and we’ll figure out ways to make sure he’s always succesful

#Sixers coach Brett Brown was asked today how does spacing and Jimmy Butler wanting to drive and having the ability to get to rim impact where Joel Embiid needs to be on the court. Here’s his answer: pic.twitter.com/08A7Y1r7hw

It’s still early in the season and the Sixers can probably figure things out but we’ll have to wait and see if Embiid is happy with his role at the end of the season.