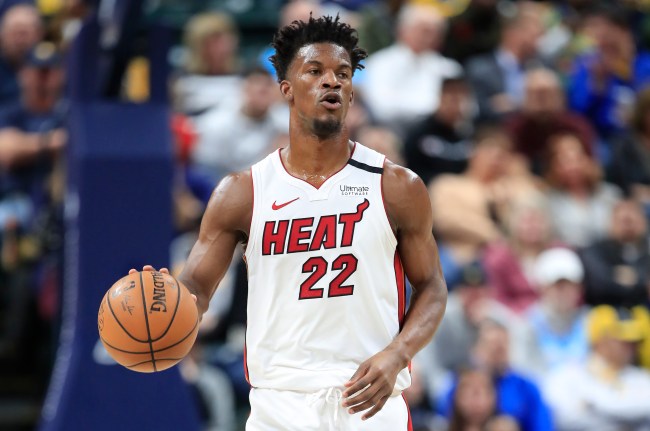 Jimmy Butler has a bone to pick with Pacers’ forward T.J. Warren.

During Wednesday nights Heat-Pacers game, Butler and Warren got into a scuffle that included some heated back and forth NSFW trash talk.

A few plays later Warren got ejected for chasing down Butler who shoved him with his shoulder. Butler proceeded to blow kisses at Warren as he was being held back by other players.

TJ Warren gets ejected and Jimmy Butler blows kisses at him pic.twitter.com/F4gMamz3PH

After the game Butler blasted Warren in a NSFW rant while speaking to the media.

Jimmy Butler vs. T.J. Warren is officially a thing. @WISH_TV

I mean, to me, I think it’s tough for him, because I can guard him and he can’t guard me. Because at the end of the day that’s what it come down to… He’s soft, he’s not even in my fucking league, like nowhere near me, If I was their coach I would never put him on me…put someone else on me because I’m gonna tear that shit up

Jimmy is ready apparently looking forward for the next time the Heat play the Pacers.