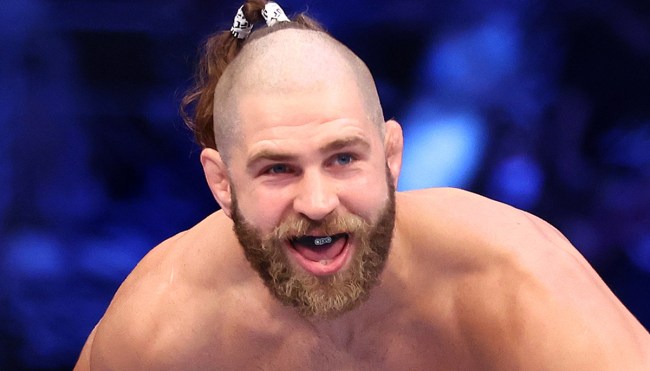 The UFC has only featured five fighters from the Czech Republic since it held its inaugural showcase close to three decades ago, and Jiri Prochazka headed into the weekend with a very good chance of becoming the first person from the country to secure a championship belt.

The fighter who got his start as a soccer hooligan before working his way up the MMA ranks was the favorite to walk away with a victory over reigning lightweight heavyweight titleholder Glover Teixeira at UFC 275 in Singapore. However, the defending champ put up one hell of a fight.

Teixeira was ahead on the scorecard heading into the fifth and final round, and it appeared the underdog had a very good chance of pulling off the upset via decision as the fight neared its final moments—at least until Prochazka spoiled those plans after securing the win via submission by forcing his opponent to tap with 28 seconds left on the clock.

🤯@JIRI_BJP GETS THE SUBMISSION IN THE FINAL SECONDS!!! WE HAVE A NEW CHAMPION!!! #UFC275 pic.twitter.com/A2v5S1YCTS

"What a f—ing fight!" – Dana White's reaction to Glover Teixeira vs. Jiri Prochazka 🤯 (via @danawhite) pic.twitter.com/rQRwj1FSOP

The 15th undisputed champion in the history of the light heavyweight division: @Jiri_BJP 👑 #UFC275 pic.twitter.com/bxLV9JLfCb

The victory was significant for a number of reasons. Prochazka became the first person under the age of 30 to clinch the light heavyweight championship since Jon Jones did so for the first time in 2011 and managed to do so in what was just his third fight with the organization.

As mentioned above, the win also makes him the first UFC championship hailing from the Czech Republic, and he got one hell of a welcome after returning to his native country on Monday courtesy of the estimated 7,000 fans who flocked to the streets to celebrate the achievement with him.

Videos captured during the event show hordes of spectators lining the streets of Brno during the procession that ended with Prochazka showing off his new piece of hardware to the massive crowd that gathered in the center of the city.

That crowd tho!? 😳@Jiri_BJP returns home with the belt to a champion's reception! 🇨🇿 pic.twitter.com/nPphn8YGol

Jiri Prochazka (@jiri_bjp) receives a Hero’s welcome in his hometown of Brno. He is the first UFC Champion from the Czech Republic in history. 🇨🇿 pic.twitter.com/EIh22iXfd6