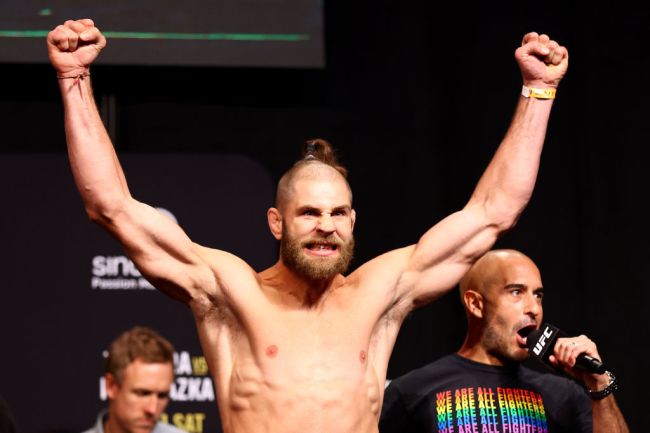 For the first time in his MMA career, Jiri Prochazka will be challenging for the UFC Light Heavyweight belt at UFC 275. His opponent, Glover Teixeira, has been on a tear since 2019, culminating in a 2nd round submission win to claim the belt in October.

Despite Teixeira’s impressive form heading into UFC 275, Prochazka might not feel particularly intimated given his past.

Marc Raimondi wrote an article for ESPN this week and discussed Prochazka’s time as a soccer hooligan. In the article, he revealed that Prochazka had a history of street fighting that includes more than a hundred street fights and some huge group street fights.

When he was younger, Prochazka attacked life much in the way he attacks MMA opponents now: recklessly, with little concern for his safety and well-being. Prochazka said as a teen he sought out street fights almost weekly, getting into more than 100 of them in his life. When that wasn’t enough, he joined a hooligan club tied to Prochazka’s local soccer team, FC Zbrojovak Brno. The club would organize group street fights with clubs that followed other teams.

Prochazka said those fights could get as big as 30 on 30, but he now regrets having participated in them.

Prochazka said although he once participated in 30-on-30 brawls with the hooligan group, he regrets taking part in those scraps now

I don’t know if any of this street fighting or the time that he drank vodka out of a motorcycle’s fuel line will help him at all for his UFC 275 fight, but what is certain is that his fight will definitely be action packed tonight.