JJ Redick Embarrasses ESPN’s Stephen A. Smith For Second Week In A Row During NBA Debate And Fans Loved It 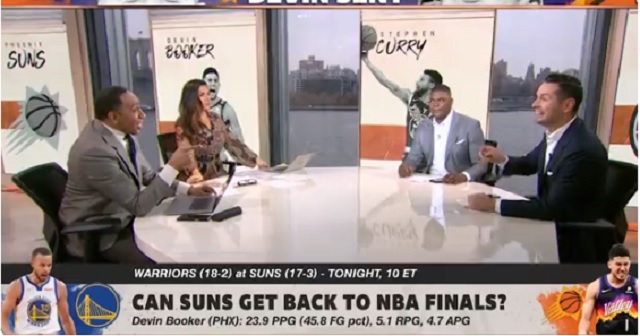 Former NBA player JJ Redick is gaining a lot of fans as he continues to be aggressive when responding to ESPN’s Stephen A. Smith’s hot takes on ESPN’s First Take.

Last week, Redick went viral when he made the First Take host look dumb for saying LeBron “has never been feared” by opposing players.

Props to JJ Redick for going at Stephen A Smith for this dumb LeBron/MJ take pic.twitter.com/HTMmLZLV7x

“I don’t know whether to believe that you believe what you’re saying,” “If you’re talking physical confrontation, nobody’s ever challenged LeBron like that. Why would they? … I played against LeBron for 15 years. LeBron has grown up in a completely different world [than what] existed in the ‘80s and ‘90s. There was no First Take in the ‘90s. Could you imagine, in the New York Knicks series, MJ going to Atlantic City the day before the game and coming home at 2 a.m.? Social media, this show, that’s all you would talk about for days.”

On Tuesday, Redick once again went at Stephen A. and called his latest take on the Phoenix Suns “asinine” which made Smith angry.

Things between him and @jj_redick got HEATED 😳🔥

"To say their championship window has closed is asinine! No it hasn't!" pic.twitter.com/37DnV4FPWp

NBA fans loved that Redick was challenging Smith and his dumb basketball takes.

Another day, another episode of JJ making Stephen A look a fool! https://t.co/Sxc24xEW7i

This is so cringeworthy.

Poor @jj_redick is giving actual basketball analysis & is the only former NBA player up there, while Stephen A and Mina show you that their input is confined to streamlined hot takes.

Phoenix is a really good team. Their title window has not closed. https://t.co/SZtjIwyt4J

Love watching @jj_redick consistently shove @stephenasmith back into his clown car where he belongs https://t.co/3gD4K0XU8M

JJ Redick has dominated first take every appearance he’s made!!

SAS is an egotistical maniac who is just unbearable at this point https://t.co/q2duhH0aMB

Every First Take episode with Stephen A. Smith and JJ Redick pic.twitter.com/vF329Cp1AE

This show is beneath the quality of conversation and analysis JJ Redick provides to the audience. https://t.co/85tBZEoTFx