J.J. Watt Might Be The World’s Best Commencement Speaker And It Has Nothing To Do With His Words Of Wisdom 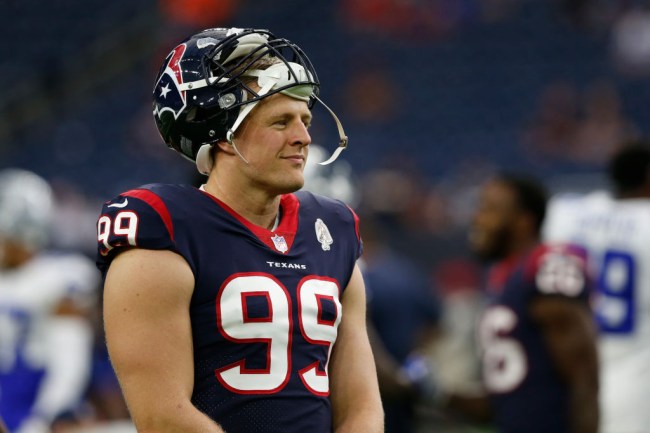 If you were to ask someone what the best day of their life was, there’s a good chance you’ll be greeted with a stock answer like “When I married the love of my life” or “When an alienesque creature came screaming out of my wife.”

I haven’t had either of those things happen yet, so if I had to pick, it’d probably be when Mark Ruffalo liked a picture of my dog on Twitter. However, if you were to ask me what the worst day of my entire life has been so far, one answer immediately comes to mind: my college graduation.

Sure, I’ve lost family members and struggled with my fair share of quarter-life crises but I can firmly say I’ve never been more miserable than the day I was forced to sit in the blazing sun with one of the most crippling hangovers I’ve ever had and listen to the president of Ireland drone on about…well, I wish I could tell you, but I was too preoccupied with trying not to puke after stealthily downing a warm nip of Fireball in the middle of his speech.

It was not my proudest moment.

I’m willing to bet I’m not the only person who couldn’t tell you a single thing about commencement even if I had a gun to my head, and while I don’t want to disparage the efforts of the speakers who put a lot of time and effort into their speech, graduations would be a far less painful affair if they acknowledged most of the people in the crowd would love nothing more than to grab their diploma and peace the fuck out.

As a result, I’m incredibly envious of the students at the University of Wisconsin who are set to graduate this year, as it looks like they’ve found the ideal commencement speaker in the form of J.J. Watt.

According to ESPN, the former Badger will take the stage in Madison to share some words of wisdom next month, and based on what he had to say about the upcoming gig, it looks like they’re in for an incredibly painless ceremony: