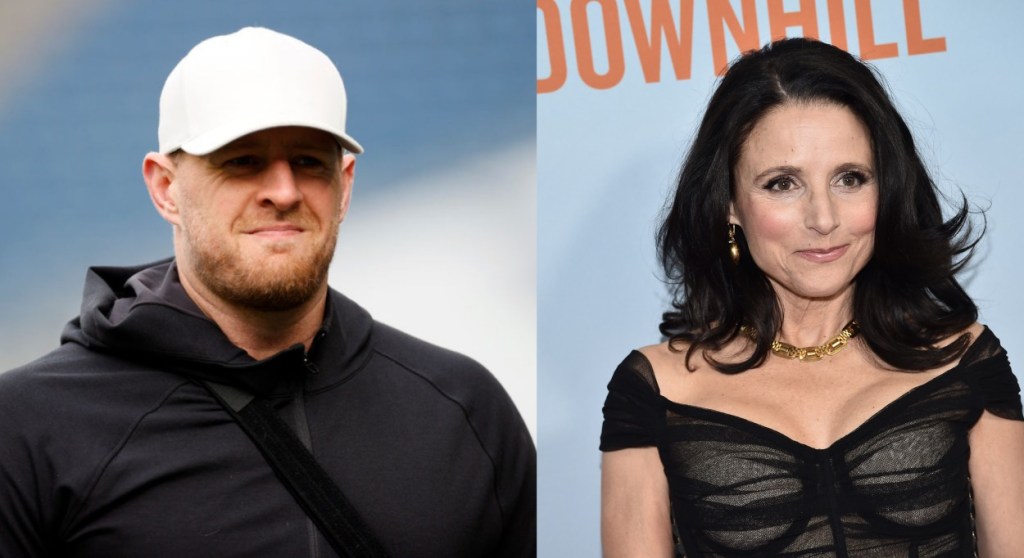 Over the years I’ve found myself explaining Twitter to a lot of people in my life who don’t spend all day online. One of the things I’ll tell them about Twitter is it allows pretty much anyone to interact with anyone else as long as the accounts are public. So if JJ Watt is your favorite athlete and you want to tell him so you can just hop on Twitter RIGHT NOW and let him know.

The flipside of that is Twitter brings out extreme toxicity from people who hide behind faceless/nameless accounts and hurl insults at strangers. You’ll see this from 95% of the Twitter accounts with more than 7 numbers in the username.

But then there are interactions like this one between JJ Watt and Julia Louis-Dreyfus that serve as a reminder that it’s not all toxic. This started with Arizona Cardinals defensive end JJ Watt firing off a tweet about how great Julia is in Veep. She saw it and responded in kind. It’s two complete strangers (celebrities) going out of their way to be nice. You love to see it.

Julia Louis-Dreyfus won 6 consecutive Emmys for Veep and I still think her performance might be underrated.

me telling myself to play it cool: pic.twitter.com/38tyY0YB4D

Julia’s run of winning the Primetime Emmy Award for Outstanding Lead Actress in a Comedy Series for playing Selina Meyer on Veep was insane. She won the award every year from 2012 through 2017.

JJ Watt is currently t-55th on the NFL’s unofficial all-time leaderboard for sacks and he’s ranked 33rd on the official list with 102. All recorded sacks prior to 1982 aren’t considered official. But JJ’s got a full season left with the Arizona Cardinals and while he only recorded 1 sack last season he didn’t play much because of injury/surgery/recovery

So there’s a chance he can shoot up the NFL’s official list of sack leaders next season. 10 sacks next season would move JJ Watt into sole possession of 24th place on the all-time list (official).