J.J. Watt Rips The NFL For Giving Aaron Donald Defensive Player Of The Year Over His Brother TJ Watt 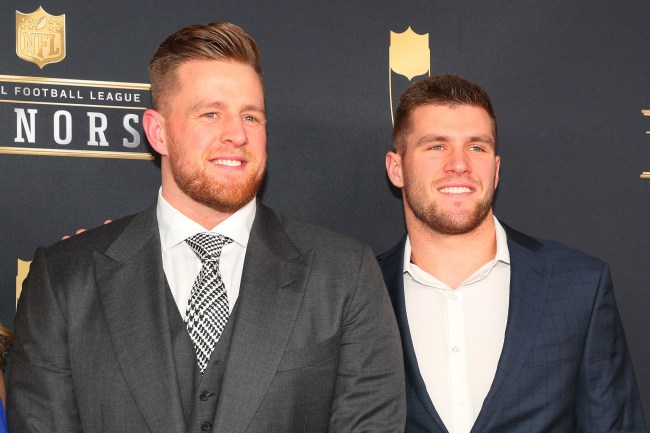 There was some controversy at Saturday night’s NFL Honors.

During the awards ceremony, LA Rams Aaron Donald was stunningly given the Defensive Player of the Year award over TJ Watt, who many considered a lock to win the award.

Aaron Donald is the NFL's 2020 Defensive Player of the Year 💪 @AaronDonald97 pic.twitter.com/ATeFbVq9Yq

Aaron Donald is an absolutely incredible player. I love watching him play & he’s headed to the Hall of Fame without question. This has nothing to do with AD personally.

This is me saying what my brother won’t.

TJ didn’t seem thrilled about losing out to Donald either.

Fans and players also believed TJ was robbed of the award.

TJ Watt has been robbed for a second year in a row for Defensive Player of the Year. #Steelers

I feel for TJ Watt mane. He deserves this award. AD my brother, and a BEASTbut TJ deserved that.

Aaron Donald is one of the best defensive players in NFL history and a future HOF but @_TJWatt was flat out robbed of DPOY.

Of course @_TJWatt did not win DPOY, honestly I’m not even surprised at this point. Watt should be a back to back winner.