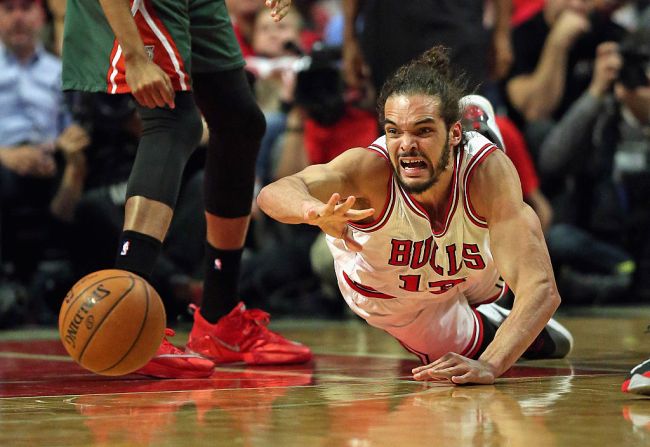 Derrick Rose tearing his ACL against the Philadelphia 76ers during the 2012 NBA Playoffs is a very dark moment for Chicago Bulls fans. It’s one of the worst memories for Chicago sports in general over the last 20 years, but it’s safe to say that nobody took the news harder than Joakim Noah.

Noah, a member of that Bulls team, was a guest on the latest episode of ‘The Lowe Post’ podcast with ESPN’s Zach Lowe and was asked about the moment he first learned about Rose tearing his ACL.

The answer Noah gave was beyond mind-blowing. The man compared him finding out Rose tore his ACL to the 9/11 attacks.

Let me repeat: Joakim Noah compared him finding out that Rose tore his ACL to him learning of the planes striking the Twin Towers. Nearly 3,000 people died as a result of the 9/11 attacks.

Joakim Noah talking about how he felt when Derrick Rose tore his ACL is the most insane thing you’ll hear today pic.twitter.com/OrSQtAgbxe

With Noah taking a bit of a pause before even completing his thought, you can tell he knows what he’s about to say is about to come across horribly, horribly wrong.

Lol when you have to start reflexively defending your take before you've even finished saying it, it's not going well. https://t.co/2FP4Eo9F1K

you could have given me 100 guesses and i would not have correctly predicted where this was headed https://t.co/PX71nHebaM