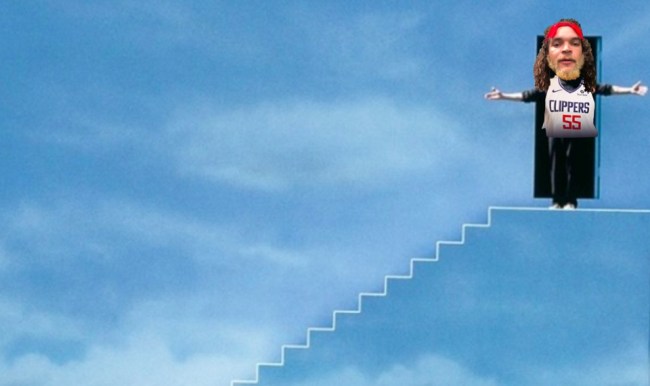 We are living in a simulation, mere puppets under the false pretenses of free will, powerless under the digital thumb of an omnipotent supercomputer. (This message was brought to you by Laird Hamilton nitro coffee, a circular conversation about the pitfalls of cancel culture, and medium-rare elk meat cooked in a Big Green Egg.)

Just when I thought 2020 has robbed me of my ability to be surprised, I woke up today to have my senses ambushed by the jarring sight of Joakim Noah participating in a professional basketball game.

My last tangible memory of the 35-year-old center was back in April 2018 when he went full Castaway to avoid authorities after committing felony grand theft on the Knicks, the only team dumb enough to surrender $72 million to the guy you connected with at a Phish show.

(This video is sponsored by Psilocybin and Dude Wipes.)

Noah looked about one mushroom cap away from changing his name to Kunu and living off the land.

Today, Noah is playing professional basketball with a top-3 NBA team, scoring the team’s first points since March, and not eating wasps for dinner—all while under an impenetrable bubble playing in front of virtual fans. File that one under Sentences That Would Land You In A Straight Jacket Six Months Ago.

If this visual isn’t unsettling, try conceiving the totally reasonable circumstance that Joakim’s 10-day contract getting extended and he wins a ship with Kawhi.

Close your eyes and picture Joakim hoisting up the Larry O’Brien Trophy in front of thousands of digital fans, high as giraffe balls, and tell me we aren’t living under puppet master Ed Harris. 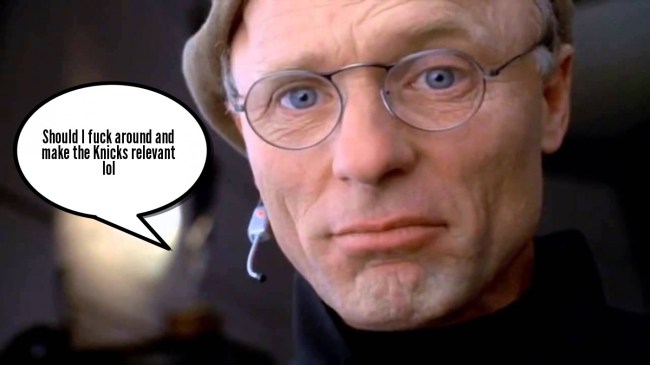 Whisper repeatedly to yourself the following phrase:

This is a totally workable reality in the year 2020.