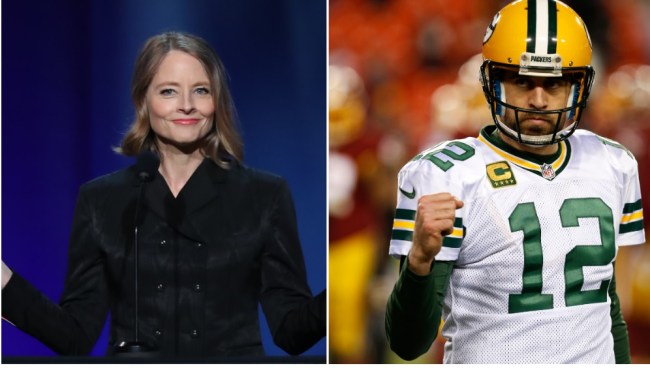 Jodie Foster and Aaron Rodgers keep thanking each other during speeches and no one knows why.

Earlier this month, the Packers QB randomly thanked Foster, who is starring in a movie with Rodgers’ fiancee Shailene Woodley and is a big Packers fan, during his MVP speech.

On Sunday, Foster won the Golden Globe for Best Supporting Actress for her role in The Mauritanian and returned the favor by thanking Rodgers in her speech.

People were still confused about the Rodgers-Foster connection.