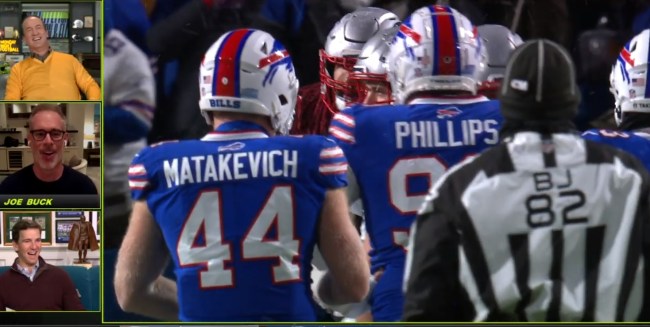 Joe Buck got his revenge on Peyton Manning on Monday Night.

Back in September, Peyton went viral when he mocked Buck for having no knowledge about defensive coverages.

Buck made an appearance on the latest edition of the Manningcast, and when he was asked if he wished he could interview a guest in the 4th quarter during blowouts, the Fox Sports announcer roasted Peyton with his answer.

"Joe, when you have a blowout game, do you ever wish you could have a guest on there that you and Troy can interview?" – Peyton

"Yeah you l know the last time I thought about that was when you guys played Seattle in the Super Bowl." – Joe Buck 🔥#ManningCast pic.twitter.com/IKFO0RAKJH