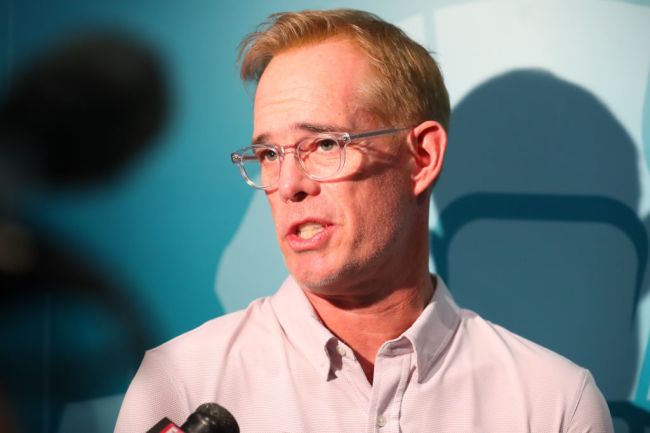 Joe Buck and Troy Aikman are both taking their talents to ESPN.

According to the NY Post’s Andrew Marchand, Buck is set to leave Fox Sports and will sign a 5-year deal worth roughly $12-13 million/year.

NEWS: Joe Buck is expected to leave Fox Sports to join ESPN as the new voice of Monday Night Football, The Post has learned. https://t.co/M6Rkr6xyRg

Joe Buck is expected to leave Fox Sports for ESPN, where he will become the voice of “Monday Night Football,” The Post has learned.

On Friday, Fox granted Buck permission to talk with ESPN, according to sources. A deal is expected to come to fruition shortly.

With Fox, Buck had one-year at $11 million remaining on his contract. Fox, though, is letting him out early as a good gesture for his years of service to the company. He is expected to sign a contract in the five-year, $60-$75 million range with ESPN, according to sources.