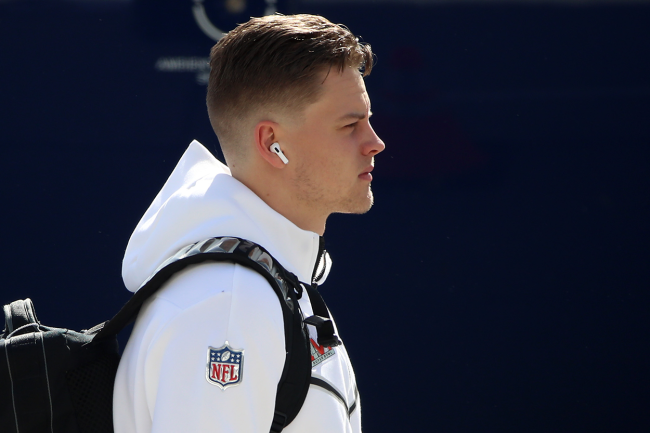 If you don’t like Joe Burrow, it’s either because he has or will beat your team, or you’re wrong. The 25-year-old, second-year quarterback has quickly become more than just a household name over the last three years.

Burrow was a four-star recruit out of high school and committed to stay in his home state and play his college football at Ohio State. However, after falling down in the depth chart, he chose to transfer and finish his collegiate career at LSU, in part because of Ed Orgeron alpha-ing his brother.

No matter why or how Burrow chose the Tigers, it was the best decision he could have made. After earning the starting job for 2018, he helped lead LSU to a top-10 finish and a Fiesta Bowl win over UCF. During that game, he took a vicious shot from a Knights linebacker and he never lost a game from that point on.

A year later, Burrow and the Tigers went undefeated en route to a national championship.

The rest is history.

He won the Heisman Trophy, was drafted No. 1 overall, battled back from a torn ACL and led Cincinnati to its first Super Bowl since 1988 in year two with the Bengals. Along the way, he has been given quite a few nicknames and has quickly become America’s favorite quarterback, but never fails to be true to Joe Burrow.

Prior to Sunday’s game, LSU released a hype video. Set to The Who, it begins with Burrow’s AFC Championship win before a record scratches.

At that point, the video goes back in time to show how Burrow got to this point— the Super Bowl.

Complete with Spongebob references, a show for which Burrow has expressed his love in the past, it is a great look into Joe Brrr and how he has become such a massive superstar in such a short amount of time. Take a look: