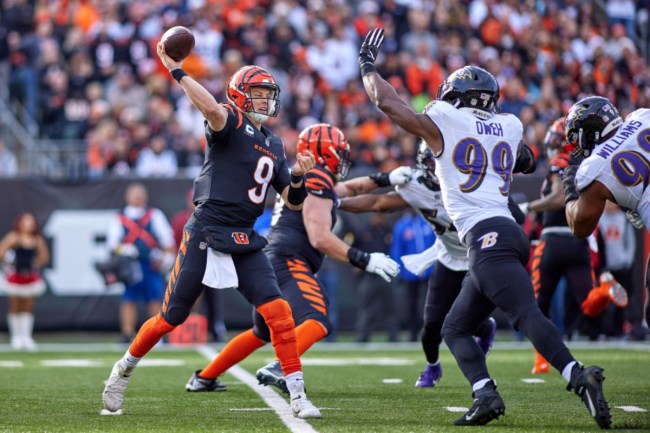 After having two NFL seasons under his belt, it sounds like Joe Burrow has picked his favorite team to play against.

It’s not just because Burrow has fared well against the Ravens so far in his career, however. He loves the trash-talking every time the two teams meet up.

“Ja’Marr had like 260-something yards the first game. Yeah, I love playing the Ravens. They like to talk. I don’t start the talking, but I usually — if somebody pokes me, I can talk a little bit.”

Sure, the trash-talking is fun, but so too is the fact he’s dominated the Ravens through two seasons in the NFL.