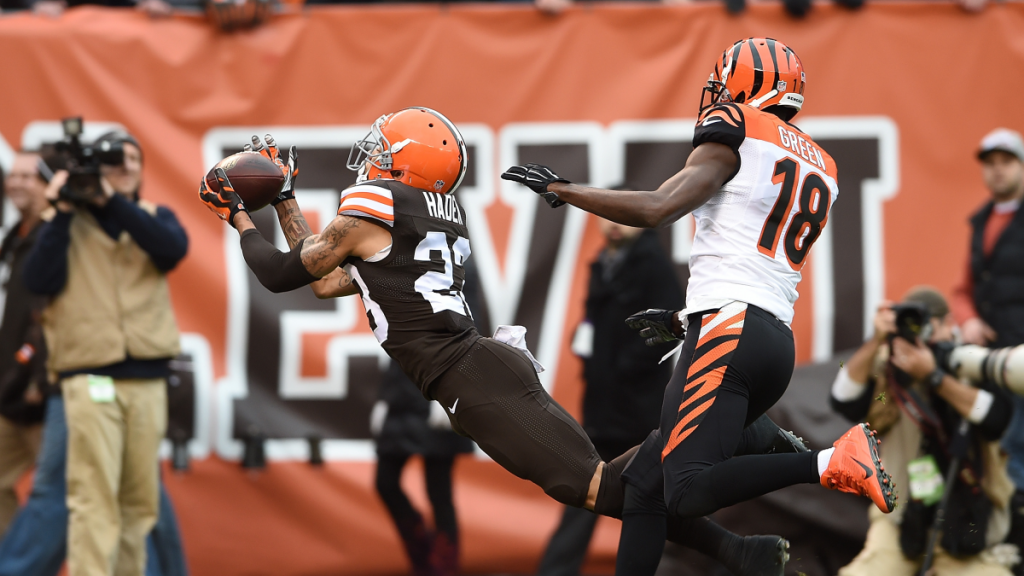 After more than 11 seasons in the NFL, 3-time Pro Bowler Joe Haden is retiring. The former BCS National Champion alongside Tim Tebow with the Florida Gators was drafted #7 overall in 2010 by the Cleveland Browns and spent 8 seasons in The Land before moving to the Pittsburgh Steelers.

His retirement announcement came with some good news for Cleveland Browns fans: Joe Haden will sign a 1-day contract with the Cleveland Browns so he can retire as a member of the Browns organization. This is a meaningful gesture to the fanbase and team that gave him so much throughout his NFL career.

Former Pittsburgh and Cleveland cornerback Joe Haden is retiring and will sign a one-day contract to retire as a Brown, per sources. His agent, @DrewJRosenhaus , confirmed his client’s decision. pic.twitter.com/kq9xwv7Ohb

@joehaden23 was one of the best. Hated that a deal couldn’t be made for him to return to Pittsburgh this year.

Congratulations on one hell of a career!

Many Cleveland Browns fans actually want Joe Haden to stick around for Thursday Night Football against the Pittsburgh Steelers:

He want to stick around and play a few snaps? Say, with less that 2 min left?

His stats were truly insane:

BREAKING: CB Joe Haden is retiring from the #NFL after 12 seasons.

Joe Haden goes down as one of my favorite players in the expansion era https://t.co/dOD0wJ3ekc

I remember Joe Haden being a PROBLEM for my Florida State Seminoles back when he was with the Florida Gators team led by Tim Tebow. And Haden was an absolute beast for the Cleveland Browns, making the Pro Bowl in 2013, 2014, and 2019.