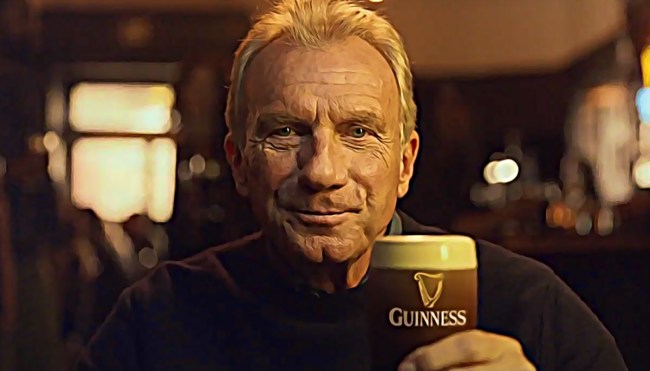 At the start of the 1977 college football season, Joe Montana was entering his fourth year at Notre Dame and looking to bounce back from the shoulder injury that had kept him sidelined for the entirety of the previous campaign.

When the Fighting Irish took the field for their first game, the redshirt junior was sitting on the bench and in the third spot on the depth chart. However, he’d firmly cemented himself as the starter by the time they played their final contest against top-ranked Texas in the Cotton Bowl—a game where Montana would lead the school to its tenth national championship.

That season would also mark the birth of the legend of “The Comeback Kid,” as Montana played an instrumental role in helping Notre Dame fight back from a couple of seemingly insurmountable deficits. That ability to defy the odds would become a bit of a recurring theme during his time in South Bend and an illustrious 15-year NFL career where he took home four Super Bowl rings, three MVP awards for his performance in the big game, two for the show he put on during the regular season, and a partridge in a pear tree.

In 1989, Notre Dame claimed its 11th national championship a few weeks before Montana secured his third Lombardi Trophy—and more than thirty years later, the Fighting Irish are still in pursuit of the title that would allow them to make that number an even dozen.

A few weeks ago, I got the chance to chat with Montana as his alma mater was gearing up to take on Wisconsin at Soldier Field in Chicago for the latest installment of the Shamrock Series. In 2020, the Notre Dame legend added “Guinness Spokesperson” to his résumé shortly after the Irish beer giant signed a partnership with the school, and he was kind enough to shed some light on his love for the classic stout, his thoughts on the next generation of NFL quarterbacks, and the national championship drought that doesn’t look like it’ll be ending this season.

Oh, I also got the chance to ask the former teammate of Rudy Ruettiger if he was actually offside for the one and only sack he recorded in a Notre Dame uniform, so if any of those topics tickle your fancy, check out the interview below.

Guinness just announced plans for a new taproom slated to open up in Chicago. How did you link up with them in the first place and how much can you share about what’s in store?

Joe Montana: I was approached after Guinness and Notre Dame signed a partnership. It’s funny, because I was in Ireland a number of years ago looking at jumping horses for the girls in my life were jumping at the time, and that’s when I first fell in love with Guinness.

Charlie, one of the trainers, said, “Hey, when the girls are done riding, we’re gonna go get a Guinness” and I said, Yeah, okay.” We went into one of the traditional pubs, which just have this incredibly unique feel to them. He goes up, orders the Guinness, and then comes back to the table with nothing. I go “Wheres the beer?” and he goes “No, you’ve got to wait for it.”

I did, and after that first one, I’m going, “Charlie, isn’t it time for a Guinness?” every day for the rest of the trip.

So, it was a natural fit. We just released a new commercial to celebrate the return of football season but how we’ve all been through this long, long process that we went through together.

It’s also about how good things are in our grasp, like the new taproom in the West Loop in Chicago that’ll be open to the public in 2023.

It seems like Notre Dame fans head into every year saying, “This is the year.” As someone with an outside perspective who is also intimately familiar with the program, what are the biggest factors—whether it’s the school or the college football landscape as a whole—that have contributed to the drought?

Joe Montana: I think the biggest problem is this thing called “Alabama”—or, as I call them, the 33rd NFL team.

When my younger son was being recruited, he was recruited by Alabama. We went down there and we were watching practice and I was just shaking my head because they were bigger than most NFL teams at that time. They’re not just a machine; they’re a well-oiled machine. They remind me of the old days of the USC teams that dominated for so long.

I think the hardest part is a lot of times Notre Dame just doesn’t have the size—especially on the defensive side of the ball. I think they’re getting bigger offensively. They’ve put a lot of offensive linemen in the NFL. They’ve also sent a handful defensively, but I think that’s when I see the biggest difference. When they played Alabama, Alabama’s offense just wanted them to starve.

There’s also that oft-repeated academic aspect that a lot of people cite at Notre Dame as a factor. Do you think that plays a role as well?

Joe Montana: I think it plays a good portion of it. I think the other thing that’s changed is that now you’re seeing kids who don’t want to leave places like Florida. Every Florida college—even FCS—everybody’s putting guys into the NFL now. They don’t have to leave home, they don’t have to go far.

South Bend is also tough on and off the field. You’ve got some bad winters, and your chances of going to the NFL are just as good if you go someplace where it’s not as stressful. I think you lose the opportunity to get guys to go there because of all of those factors.

I’d like to shift the attention to the NFL. Zach Wilson and Trevor Lawrence were the big, hyped-up rookies coming into the year and they’re both off to a pretty rough start. How long did it take for you to find your footing once you made the jump from college?

Joe Montana: I was fortunate in a lot of ways because [49ers coach] Bill Walsh kind of brought me along slowly. A lot of it was with the offensive system that he ran. It was simple, but it was complicated to learn coming from what we did at Notre Dame. By the end of each week in San Francisco, we’d have 120 different passes in a game plan.

I remember playing in the Pro Bowl after we lost to Washington in the NFC Championship. Bill was the coach. On the first day of practice, he has us doing 35 different passes. I remember Joe Theismann was there and he goes, “This is great, we just put all the passes for the game in on the first day.” I tell him, “This is nothing. We used to do 70 or 80 on the first day. He’s just getting started.”

You also have to have a decent team around you. When you throw a young guy in a tough situation where you’re also not surrounded by talent; I mean, it’s a team game. If you don’t get protection and you don’t have the guys that can help you on the outside or you don’t have a good running game, those are the things that ease the pressure for a quarterback.

Then, you start getting stressed, and when you start trying to make plays instead of letting them happen, that only makes it worse.

Do you have a specific “Welcome To The NFL” Moment that comes to mind?

Joe Montana: I got my first taste of it when I started against Seattle. I threw two interceptions and they were both run back for a touchdown. I think the guy who picked it ran me over on the second one.

It wasn’t a pretty day, but you just gotta keep going. You’ve made it to where you dreamt of making it. You can’t let one game or two get you down. You need to try to relax and play your game and don’t try to force stuff. With that said, it’s also O.K. to panic.

I’m also curious to get your thoughts on the taunting crackdown that’s been a big topic of conversation.

Joe Montana: I really hadn’t noticed that much taunting going on—certainly not enough to require them to try to crack down on it. Sure, in the games I watch, someone says something every now and then, but that happens all the time.

Those wide receivers and defensive backs are talking every play. They’ll always talk. I understand the NFL doesn’t want things to get out of control and out of hand, but I honestly didn’t see that much of it to warrant a crackdown.

To jump back to college football, do you believe that the changes to the NCAA’s name, image,and likeness policy are beneficial or will negatively impact the sport in the long term? Also, are you a little jealous?

Joe Montana: No, I’m not jealous. I think it’s good. A lot of times, it’s unfair how universities take advantage of the guys beyond giving them a scholarship to go out and play a game for them. No matter what sport it is,  I think this will stop a lot of things that were going on before.

It lets everybody concentrate on the sports themselves instead of saying “I should be making money” or thinking “How can I make money?” I think the students and the players now get to tell themselves, “Okay, I’m part of this university. I’m helping them make money, but I’m also helping myself at the same time.” I think that’s good for everybody.

One last question. I know you touched on this topic before, and if you don’t want to drudge it back up, I understand, but: was Rudy offside?

Joe Montana: I don’t know if he was offside or not, but he did get a sack and I’m happy for him. He made a living out of it.

Parts of this interview have been edited for clarity.