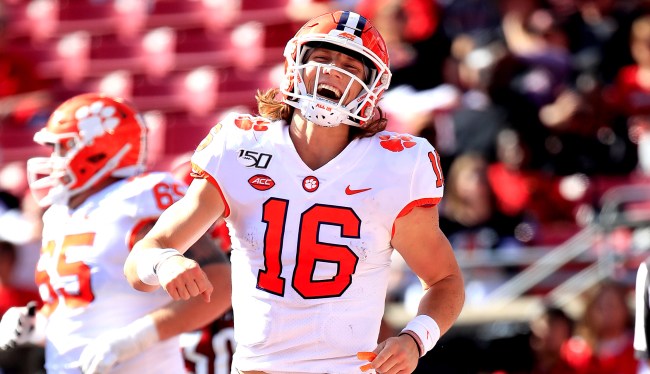 Joe Namath was asked about that exact scenario playing out during a recent chat with ESPN and said it wouldn’t shock him at all.

“Anything could happen in this world, damn near anything — except for the Jets maybe making the playoffs this year,” Namath said. “It’s happened before, so why would it shock anybody?”

“Thinking back to the Manning family and Eli Manning and San Diego, there are some people that may not want to go [to a certain team] for whatever reason.”

Namath didn’t offer any insight as to what the Jets should do in the NFL Draft, but it’s clear that he does think there’s a possibility that Lawrence could avoid the Jets like the plague.

Former NFL wide receiver Roddy White recently came out and said that if the Jets do land the first-overall pick and there’s a chance they draft him that Lawrence should return to Clemson for his senior season.

The Jets are the biggest mess of an organization in the league at this point and that isn’t going to magically change between now and the upcoming NFL Draft, so this situation will likely be ongoing until draft day.